SEAT to Launch Electric Motorcycle in 2020

Volkswagen AG’s SEAT unit plans to introduce an electric motorcycle next year as part of the brand’s micromobility efforts. 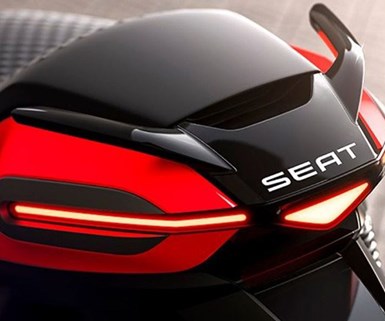 The vehicle is being previewed with the eScooter concept SEAT is showing at this week’s Smart City Expo World Congress in Barcelona. The concept was developed in partnership with Barcelona-based electric motorcycle maker Silence.

SEAT says the production model will be equivalent to a 125-cc motorcycle. The company plans to sell the all-electric model to short-term rental fleets and directly to consumers.

SEAT, which is taking the lead in micromobility for VW, launched an electric stand-up scooter late last year. Powered by an electric powertrain supplied by Segway Inc., the eXS KickScooter has a top speed of 16 mph and can travel about 28 miles between charges.

SEAT also plans to make a production version of this year’s Minimo quadricycle concept vehicle. About the same size as the Renault Twizy EV, the Minimo is expected to have a 100-km (62-mile) range.