There are about 6,600 startup companies located within a 35 sq-km (13.5 sq-mile) area in Tel Aviv, Israel. This is said to be the largest such concentration in the world outside Silicon Valley.

Obviously, not all of the Israeli startups are developing mobility-related technologies. But enough are (more than 10% by some estimates) to attract a growing number of automotive heavyweights and development projects such as Michigan’s Planet M initiative.

In the past year alone, BMW, Ford, Hyundai and Renault-Nissan have opened tech centers in the region. The companies are using the facilities to identify and partner with the local tech startups, with the hope of finding the next Mobileye, Waze or Innoviz (all of which are based in Israel).

The Martorell, Spain-based carmaker formed a joint venture with Champion Motors, the brand’s importer in Israel, in late 2017. Now the venture, dubbed, Xplora, is starting to pay dividends.

Through Xplora, SEAT already has worked with more than 200 Israeli startups. It tests about 10 innovation projects per year, with a focus on artificial intelligence, connected and smart car technologies, cybersecurity, occupant well-being, mobility services and safety.

One current project uses an active glazing technology that can immediately lighten or darken the windshield, windows and sunroof as needed.

Developed by material science specialist Gauzy, the UV-cured film can use either LCD- or SPD- (suspended particle device) based nanotechnology. In addition to blocking sun glare and providing privacy, the technology can be used to project images onto, the startup notes. 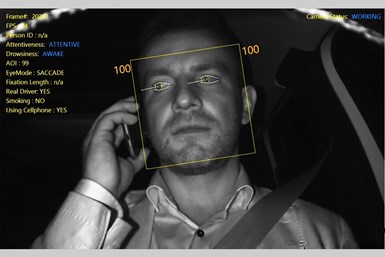 Another initiative aims to help keep drivers attentive and focused on the road ahead.

SEAT is working with Eyesight Technologies on the technology, which uses an advanced algorithm to analyze a driver’s behavior and body—including head and eye position. An audio or visual alert is triggered if signs of distraction, drowsiness or other problems are detected.