Volkswagen AG and former CEO Martin Winterkorn have been charged by the SEC with “massive fraud” for selling securities at the same time their diesels were violating U.S. pollution laws.
#Volkswagen #europe 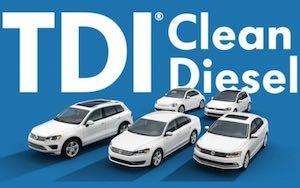 Volkswagen AG and former CEO Martin Winterkorn are guilty of “massive fraud” for selling securities in the U.S. when they knew the company had rigged diesels to evade emission laws, the Securities and Exchange Commission claims.

The charge follows a disclosure in VW’s latest annual report issued earlier this week that it might face sanctions from the commission.

In a civil lawsuit filed in a San Francisco court yesterday, the SEC says VW’s finance and credit units in the U.S. reaped “hundreds of millions of dollars” in 2014-2015 by issuing securities at favorable rates, even though VW repeatedly lied to regulators, consumers and investors about its illegal activities.

VW eventually sold some 555,000 diesels equipped with software that enabled them to pass emission tests but grossly violate the standards in real-world conditions.

The SEC suit wants Winterkorn, who resigned shortly after the scandal was revealed in 2015, to be barred from serving as a director or officer of any publicly traded U.S. company. It also seeks recovery, with interest and penalties, of the gains VW and Winterkorn received.

VW asserts that the SEC’s charges are legally and factually flawed, arguing that the company’s leadership wasn’t aware of the cheating until just before it was publicly disclosed.