China’s electric-car market was already on the skids ahead of the coronavirus crisis. Now it faces a bigger setback. 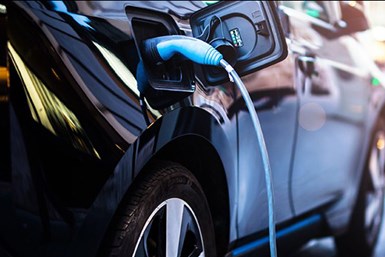 The EV market had been on a fast track, thanks to government directives and hefty incentives. It all began in 2010, when the central government began underwriting the price of EVs by as much as $7,200 per vehicle.

By 2018, sales have reached a record 1.25 million units. China suddenly was, by a wide margin, the world’s largest EV market. The central government aimed to push annual EV sales to 2 million electrics in 2020.

Now, that target is woefully out of reach. China’s new-car wholesale market dropped 4% last year, according to the China Assn. of Automobile Manufacturers.

Analysts were predicting another 4% decline for EV sales this year, but that was before the coronavirus came along.

The muted outlook comes just as foreign carmakers are ready to push the button on a bevy of new electric models for the Chinese markets, Bloomberg News points out. The surge is the direct result of government-imposed new-energy vehicle sales quotas finalized in 2017 to force growth in the EV market.

Since then, every major carmaker has announced plans for EV ventures in China. Among those on the list are BMW, Daimler, Fiat Chrysler Automobiles, Ford, General Motors, Honda, Nissan, PSA, Renault, Tesla, Toyota, Volkswagen and Volvo.

Now, Bloomberg says, the parade will begin in a market devastated by the health crisis.

The crunch is especially tough on EV startups in China, for whom investors began to disappear months ago. But established domestic EV makers are hurting too. BYD, for one, has seen earnings plummet 90% in the past six months.

Will China’s EV market bounce back? Tesla offers hope. The company opened a factory in Shanghai in January, only to be forced to shutter it in early February as the coronavirus epidemic began 430 miles away in Wuhan.

But thanks to remarkably prompt and strong government support, the facility reopened less than 10 days later.

Tesla reports it sold 10,200 vehicles in China last month, most of them locally built Model 3 electric sedans. That volume was more than twice the plant’s monthly output in January and February.

It’s also a record high for the company there. The China Passenger Car Assn. calculates that Tesla’s March volume represented 30% of the country’s entire EV market.