SiriusXM Dials in 911 on Crash Info

Following a car crash, SiriusXM’s Connected Vehicle Services (CVS) unit already can connect more than 10 million automotive subscribers in North America to 9-1-1 emergency operators. The platform, which is separate from the company’s satellite radio services, provides key information about the accident and the owner of the vehicle. 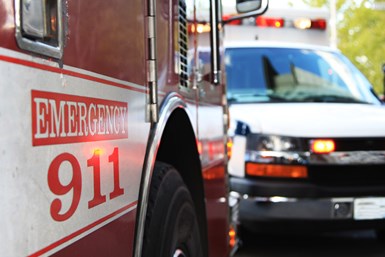 But it isn’t a digital process. Users of SiriusXM call center personnel still have to speak to emergency dispatchers to tell them what happened, the vehicle’s location and what type of assistance is needed. This can delay responses or result in miscommunication.

The problem is with the 911 infrastructure, which is extremely antiquated. The analog-based technology, which in some cases dates back to the 1960s, wasn’t designed for high-bandwidth wireless data transmission. Legacy systems are limited to 512 bytes per call, which is less data than was transmitted in the first transatlantic telegram. That was in 1858…three years before the start of the U.S. Civil War.

Times have changed. Data is at a premium, and every second counts.

SOS to the Rescue

This week SiriusXM inked a deal with New York-based startup RapidSOS, which has developed a way to transmit data directly to the 911 network and first responders. 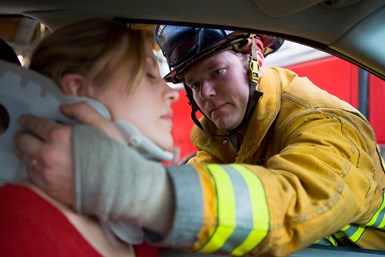 RapidSOS subscribers with linked accounts also can provide medical alert profiles. And motorists still can talk to CVS personnel or 911 operators to provide more specific information about their condition and whereabouts, such as the extent/nature of injuries, the presence of children or the elderly, number of vehicles involved, nearby landmarks and final resting position of the vehicle in relation to the road.

Formed six years ago, RapidSOS also has partnerships with Uber and Waze. The company lists several former Federal Communications Commission executives among its investors and advisors, including Tom Wheeler, who headed the FCC from 2013 to 2017.

More than 240 million 911 calls are made each year that are handled in the U.S. by around 6,000 call centers managing 25,000 different software systems.

RapidSOS’ platform automatically links data from connected devices, apps and profiles directly to 4,700 emergency communications centers, which the company says covers 90% of the U.S. population. In conjunction with SiriusXM CVS, the system promises to convey more information faster and with less chance for errors.

Calling the technology a game-changer for public safety, dispatchers say the partnership between RapidSOS and SiriusXM will help 911 operators to allocate resources more efficiently and provide first responders with improved situational awareness when responding to accidents.

In severe cases, this literally could be the difference between life and death.