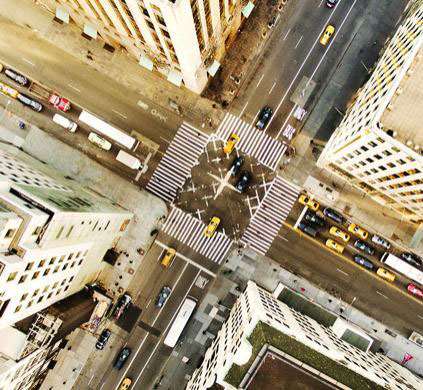 The impending transition to connected and autonomous electric vehicles is slowly starting to take shape. But optimizing the technologies in so-called smart cities will take a concerted effort by local planners, legislators, transportation companies, tech firms and engaged citizens, concludes a report by Arcadis consulting.

Each of the cities have begun implementing new mobility programs, but the authors found that they are at different stages in the process and will need customized solutions to succeed. Some of the common recommendations for all the cities are to encourage greater use of ride-sharing services, launch pilot programs to build awareness and support for new technologies, develop comprehensive networks for EV charging and 5G communications, increase involvement from the private sector and work with all appropriate government constituents to help incentivize, regulate and license emerging technologies and services.

Mobility as a service (MaaS), connected vehicles and next-generation autonomous taxis and delivery services must be fully analyzed and included in a city’s planning process, the report stresses. The more data collected and the longer planning horizon, the better. Sydney, for example, is looking nearly 40 years into the future.

San Francisco has been a prime  incubator for emerging technologies. The city helped pioneer the use of ride- and car-sharing services—which already account for a combined 15% of the city’s vehicle trips—and could play a similar role in autonomous vehicles as planners look to lessen escalating traffic problems. There are plans to test a driverless shuttle system and 5G communication services are due to bow in 2020. Arcadis suggests San Francisco could capitalize on its leadership role and proximity to Silicon Valley to encourage more aggressive development and implementation of new technologies.

On the opposite end of the spectrum, Los Angeles has been a leader in EV ownership—accounting for nearly 4% of new car buyers in the area—but lags in terms of ride-hailing use. This is due in part to a widespread stigmatization of public transportation within the city. As a result, more than seven in 10 trips in Los Angeles are in single-occupancy vehicles. To help drive future innovation, Arcadis calls for the city to streamline government oversight across transportation services.

New York presents several challenges. Traffic volume is massive (more than 2.4 billion passenger trips per year) and curb and road space are extremely tight. This has caused the average traffic speed to fall throughout New York over the past six years. On the plus side, the city’s vehicle ownership rate is the lowest in the U.S. More than three in five trips are taken via mass transit and one-third of residents say they regularly partake in ride-hailing. Arcadis says the city needs to improve its broadband internet capabilities and prioritize high-occupancy vehicles.

Berlin is praised for taking a proactive approach to planning, testing and regulating—including a five-step plan to implement 5G communications. Such a comprehensive strategy is needed with the city’s population due to surge 15% by 2035, the authors note.

Dubai also is considering a range of initiatives to curb growing congestion that’s expected to worsen with the city’s population forecasted to surge by as much as 10% per year through 2030. The city aims to increase the use of public transportation from 17% of trips in 2017 to 20% in 2020 and 30% by 2030—at which time rides in self-driving vehicles are expected to grow to 25% of travel. Dubai also is exploring the use of air taxis, fuel cell vehicles and a high-speed hyperloop modules.

Singapore is deemed to be a leading early adopter of advanced mobility technologies, including ridesharing and autonomous vehicles. Strong government support has attracted carmakers and suppliers to launch pilot programs in the city-state, which bolsters public awareness and acceptance. But Arcadis says more work needs to be done to increase the use of EVs in the city.

Amsterdam also is positioned well with more than 4,000 EV charging points, an integrated payment system for public transportation and a network of smart traffic lights. Bicycles already play a major role in the city’s transportation mix, accounting for 45% of daily trips. And a recent survey indicated more than half of respondents would be open to giving up private ownership of a vehicle in favor of a comprehensive MaaS program with affordable and easy to access ride-haling services.

Such systems promise to provide a host of societal benefits, ranging from reduced congestion, improved safety and lower costs to improved air quality and greater access and flexibility for underserved constituents. But there’s also the risk that they will have an adverse effect in some of the same areas and others, such as displacing drivers.