Speaking Out: LG Chem’s Denise Gray Charges Ahead in a Male-Dominated Industry

A pioneering engineer and industry leader, who also happens to be an African-American woman
#LucidMotors #people #Tesla

From a young age, Denise Gray was told she had an aptitude for math and science and was encouraged to pursue a career in engineering. But no one could have envisioned how hard she’d work to achieve her goals and rise to the top of her profession. At General Motors, where she spent the bulk of her career, Gray headed the team that developed the battery for the first-generation Chevy Volt. She later spent stints at Atieva—a Silicon Valley-based Chinese EV startup (now known as Lucid Motors)—and Austrian engineering specialist AVL, before joining LG Chem as president of the South Korean battery company’s North American operations in Troy, Mich., where she heads a team of about 150 people.

In conjunction with this week’s International Women in Engineering Day (June 23), AutoBeat spoke with the Detroit native about her experiences and the challenges of being a woman engineer. Her responses are edited for clarity and brevity.

What made you want to become an engineer? 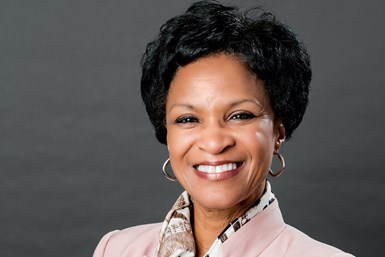 I received a lot of encouragement in school. My 7th grade math teacher, Mr. Oliver, set up a new curriculum for advanced students and entered us in competitions. I trusted my teachers. They gave me the confidence I needed to succeed. Then in high school at Cass Tech (in Detroit), I was part of a special electronics program. It was an amazing school that piqued my curiosity and introduced me to new technology. The school also had a co-op program, which allowed me to work part-time at GM’s tech center (in Warren, Mich.). GM went on to sponsor me in college at General Motors Institute (now Kettering University).

My family also provided a lot of support. My mother was in the UAW at GM and my father was in construction. They divorced when I was five. I owe my work ethic to her and my technical base to him.

Were there other women in your classes?

In high school, I was one of two girls in the electronics program out of a total of 30. The rest were guys. And there were very few female students at GMI or in the engineering department at GM. I realized very early that it was a male dominated field. But it didn’t detour me. As an engineer, it’s in my DNA to be able to focus on whatever I’m working on and block out everything else.

Have you encountered sexism or racism during your career?

Yes. Early on during my co-op, it was clear there were some people who didn’t support me. But there were always one or two who would that I would gravitate toward.

I’ve been told that I shouldn’t be working. That I should focus on getting married and having a family. Or later that I shouldn’t tell my company when I’m pregnant because it would signal that I may not come back to work. You had to keep a lot of personal activities to yourself to ensure you had equal opportunities for success and promotions.

In some cases, people assumed I was the secretary if I was the only woman in a meeting. Even as recently as a few years ago at an offsite holiday luncheon, people who didn’t know me assumed I must be in sales and marketing rather than engineering—let alone the head of the organization. I guess I didn’t fit their perceptions.

How has the industry changed?

We still have a way to go. But there has been a lot of progress. The more exposure there is to other women in the industry and their accomplishments, the better. I point to (GM CEO) Mary Barra. She is so important. Having women in such high-profile positions helps adjust the mindset of who can lead a company. It breaks down stereotypes. Yes, women can do the job.

What else can be done?

More mentoring is needed. The number of women graduating hasn’t doubled. There have been incremental improvements, but negative stereotypes and lack of encouragement still can be limiting.

I work with various schools and talk to principals to help bring programs to fruition. However, schools don’t have a lot of time to implement them. You still see a lot of grease monkey garage classes that mostly attract guys. It can be very intimidating for women.

We need to change the curriculum to keep up with technology. What used to require a wrench, I can now do on my computer. We still need the hands-on engineers. But we need to tell the whole story—and software has become a big part of that. Women can do a lot in this area. At GM we had a higher percentage of women in this capacity than we did in mechanical engineering.

On a professional level, what are you most proud of? 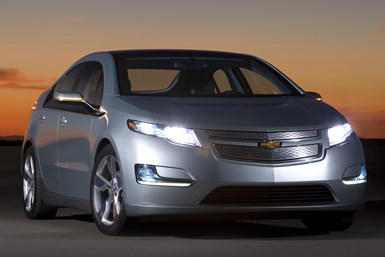 Working on the Volt program. Everyone was so alive and on the same page, getting together on a common accord for the betterment of the company and society. Coming out of the recession and bankruptcy as Tesla was just entering the market, the Volt helped define GM’s future. It refocused us on what mattered.

Do you miss being a day-to-day engineer?

I still have to problem solve. That part of the brain isn’t turned off. It’s important to stay connected with the team and share war stories and lessons learned. This is especially true when it comes to EVs and batteries. It’s a very young industry.

Will it take a major breakthrough to drive large-scale EV adoption?

There have been a lot of breakthroughs over the last 10 years. Costs have come down 50%-70%. But we’re always working on improvements. How do we get batteries to live longer, cost less and capitalize on economies of scale? The next target is to get EV costs equal to those of an ICE powertrain.

What is the biggest challenge for today’s engineers?

Adapting to customer and consumer needs. In the past, customers would buy whatever OEMs put out. That paradigm is changing with Tesla and other competitors and emerging technologies and services such as car-sharing. Customers want to speak a command, then have all the things required to make it happen be instantly put in motion. The next generation of consumers is so tech savvy. The companies and people who can listen and respond to them are the ones who will succeed. We also need to reteach people how to collaborate and make the best use of new technologies.