Deal hampered by tensions between India and China
#facilities #asia

General Motors still intends to exit India this year, but the move won’t pay for itself quite as planned.

The company aims to shut down its remaining factory there by year-end, even if the facility’s overdue sale to China’s Great Wall Motors is stalled. 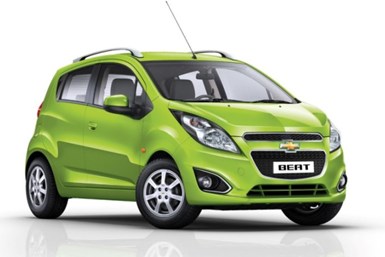 The company unveiled a $1 billion strategy for world’s second-largest national market crowned by an all-new family of 10 Chevrolet-branded models.

GM said it would shutter its assembly plant in Halol and consolidate production of the new cars at its factory in Talegaon, where capacity would expand by more than two-thirds to 220,000 units by 2025.

But GM sold only 29,000 cars in India in 2016. The company quickly suspended its year-old plan, scrapped most of its new-model launch schedule and froze future investment.

By 2017, GM had a new plan: bail out of India. In short order, the company phased out all local sales, sold its Halol factory to China’s SAIC Motors and devoted its Talegaon facility to supplying subcompact cars to Latin America.

Even that plan didn’t last long. In January, GM announced plans to sell the Talegaon plant to Chinese carmaker Great Wall and began phasing down operations there.

The hope was to complete the sale, worth roughly $300 million, sometime in the second half of 2020 and use the proceeds to pay for the cost of the shutdown.

But that won’t happen, sources tell Reuters. A sale now faces is rising tension between China and India caused by tightened Indian rules on foreign investment and repercussions of a deadly border clash in June that prompted a local government freeze on the Great Wall sale.

GM is determined to shut down the Talegaon plant by year-end deal or no deal, even if it means pay the cost of doing so out of pocket, according to Reuters’ sources. Presumably, the company would recoup the expenditure when Great Wall acquires the factory.

The Chinese company is launching its own $1 billion initiative in India, citing the country’s “great potential” and “rapid economic growth.”

Labor might be another challenge to GM’s exit. The factory normally employs 4,000 people. If remaining workers reject GM’s severance plan, the company will either have to hike its offer or plunge into a bureaucratic government approval process that could stir up worker opposition and political pressure.

The muddle over GM’s plant sale exposes the sticky side of local production: dealing with strong government measures to protect jobs.

Countries make it relatively easy for foreign manufacturers to put down roots. But it can be a very different story if a company wants to pull up stakes later, as foreign carmakers doing business in Europe can attest.

India is the latest cautionary tale about one of the perils in adjusting global manufacturing strategies.