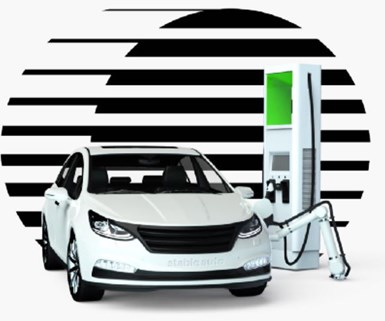 The company plans to demonstrate the technology in a pilot facility in San Francisco early next year in partnership with Volkswagen AG’s Electrify America LLC subsidiary. Electrify America will supply two 150-kW DC fast chargers to the program.

The self-sufficient station can coordinate and completely execute the charging process for multiple EVs with no human assistance, according to Stable. Once parked within the facility, the autonomous vehicle will be connected to a charger by Stable’s robotic system. 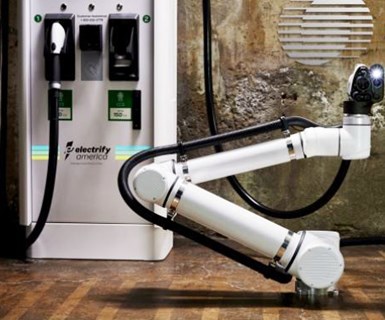 Stable (formerly Diatom Robotics) was founded in 2017 by a team of imaging and mechatronics scientists from the Massachusetts Institute of Technology’s Media Lab. Using advanced modeling software and data analysis, the company also identifies the best locations to install fast-charging stations that balance consumer demand with high-throughput power capabilities.

Electrify was established in 2017 as part of a settlement stemming from VW’s diesel emission scandal. The company expects to have nearly 500 charging stations with more than 2,000 DC fast chargers in operation by the end of 2019.