If all goes well, the U.K. will open its first giant battery cell-making factory three years from now.

Startup Britishvolt has signed a memorandum of understanding with the Welsh government to erect the plant near Aston Martin’s new SUV/crossover plant in South Wales. Both facilities are on the site of a former Royal Air Force base in St. Athan. 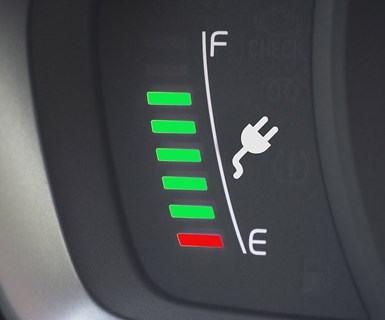 The company hopes to start construction next spring and begin cell production in 2023. Operations will be powered in large part by the project’s adjoining, 200-megawatt solar panel farm.

The U.K. has been working for several years to make sure it is part of Europe’s scramble to build several “gigafactories” for large-scale EV battery cell production.

In 2017, Europe controlled less than 4% of the world’s battery production capacity. Global demand for EV batteries is expected to balloon to some $40 billion per year by 2025. Volkswagen alone has estimated it will need 150 gigawatt-hours of capacity for its EVs by then.

The Britishvolt plant eventually could employ 3,500 people and have the capacity to produce lithium-ion cells representing 30 gigawatt-hours of energy per year, according to the startup. Output would be used in batteries for electric cars and stationary energy storage systems.

To date, Britishvolt has raised about $13 million. The startup plans a major funding round early next year to raise $1.5 billion. But the company says the factory’s viability will be contingent upon an unspecified level of funding support from the U.K. government.

Last month Britishvolt and Scottish lithium-ion battery developer AMTE Power announced that they are discussing plans to collaborate on the battery plant.

Over the past three years, the U.K. has backed the establishment of three facilities to foster battery research and work on commercializing advanced battery technologies. They are the Faraday Battery Institute, the National Battery Manufacturing Development Facility and, most recently, the Battery Industrialization Centre.