Study: 60% of Motorists Use Phone While Driving

Three in five U.S. drivers—some 69 million people—use their smartphone at least once a day while operating their vehicles, according to Zendrive Inc.
#tech 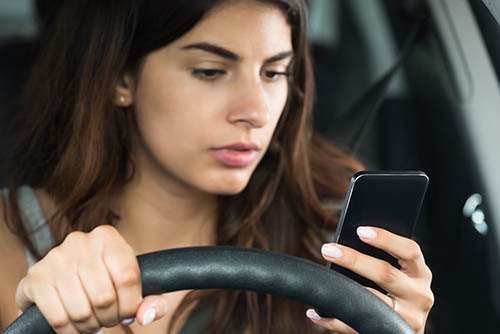 Three in five U.S. drivers—some 69 million people—use their smartphone at least once a day while operating their vehicles, according to a study by Zendrive Inc.

Usage has increased 10% since a similar research conducted two years ago by the San Francisco-based data analytics firm. Zendrive’s results are based on an analysis of sensor data captured directly from smartphones.

Compared with the 2017 study, phone use by drivers increased in every state but Vermont and in every major city studied. Zendrive says motorists use their phones for an average of nearly two minutes of every hour behind the wheel. The majority of use occurs in the first 5% of a trip.

Houston and Dallas were the worst cities, where drivers averaged more than 9% of their time on their phones. Detroit was third worst at just under 9%.

Zendrive also surveyed 500 people about their overall driving practices. Nine out of 10 claim to be safe drivers. But nearly half admit using their phone for at least 10% of the time they’re behind the wheel, a group Zendrive describes as dangerous “phone addicts.”