Most respondents are concerned about safety and don’t envision owning a self-driving car until at least 2025.
#ZF #asia #europe 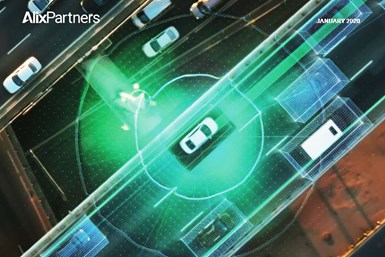 That’s the good news. Conversely, the authors found only 26% to 43% of respondents are familiar with fully autonomous Level 4 technologies. Interestingly, Germans are the least aware about such capabilities, while their Chinese counterparts are the comparative know-it-alls.

Conducted last spring, the survey polled some 6,500 motorists (more than 1,000 in each country). Opinions differ considerably by region (check out the full report for yourself). Here’s a few highlights:

One of the widest variances among regional respondents regards whether they consider using a robo-taxi as their primary mode of transportation rather than owning their own car, assuming somewhat comparable costs.

The take-rate for such a scenario is nearly twice as high in China as it is in the U.S. (84% vs. 44%), while two-thirds of Italians queried agree with the proposition.

On average, respondents indicate they would be willing to pay $1,500-$2,200 for Level 2-type advanced driving assistance systems. But they are willing to shell out only an extra $150 to $350 to get to Level 4.

As a point of reference, ZF claims its upcoming “Level 2+” system will be the most affordable in the industry with a less than $1,000 price to OEMs (who likely will charge customers a premium). The supplier estimates that a Level 4/5 system likely would cost at least $50,000.

No one is in a hurry to purchase a fully autonomous car, according to the study.

The authors note that even the bulk of people—from 51% in China to about 80% in the U.S. and U.K.— who self-identify as potential early adopters in the technology indicate they would prefer to wait five years or more before taking the plunge. (Level 3-5 vehicles currently aren’t available—nor are they legal—anywhere.)

Not surprisingly, safety is the chief concern respondents have about a self-driving future. Fewer than two in five Germans express confidence in the technology. This compares to one in three Americans and about three in five Chinese, who are the most optimistic.

In addition, the report found: