Letting a pet roam free during a car trip can distract drivers, lead to unsafe behavior and increase stress levels for people and their animals, according to a new study.
#people #Volvo

Letting a pet roam free during a car trip can distract drivers, lead to unsafe behavior and increase stress levels, according to a new study. 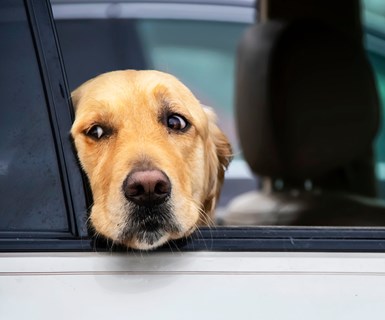 The analysis, conducted by Volvo Car Corp. and The Harris Poll, tracked 15 drivers and their dogs during more than 30 hours of driving on American roads. Researchers also surveyed 2,000 adults, including 1,400 pet owners.

Drivers with unrestrained dogs demonstrate 130% more unsafe behaviors than those who use some sort of pet seatbelt, harness, crate or carrier, according to the study. The amount of time drivers are distracted jumps 120% when an unrestrained dog is onboard.

Stress levels (measured by heart rates) increases for both humans and dogs when the latter aren’t restrained. Driver heart rates are 34 beats per minute faster when chaperoning an unrestrained pet, according to the study.

Four in 10 respondents indicate that people don’t take dog safety seriously enough when driving. One-third have left a pet at home because they felt their vehicle wasn’t a sufficiently safe environment.

Millennials tend to be more conscientious about pet safety than older adults. They also are much more likely to pamper a four-legged friend, including spending on pet therapy, spa treatments, birthday parties and matching clothes.