AlixPartners: The industry was weakening before the coronavirus arrived
#sustainability #europe #asia

How big a deal is COVID-19 to the auto industry?

Very big, no matter who does the math.

Consider one of the darker forecasts of late, released earlier today by global consultancy AlixPartners. It predicts U.S. car sales will drop 20% to 13.6 million units this year…and won’t return to last year’s 17 million-plus volume for another six years. 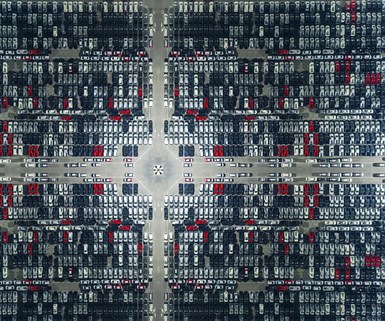 But the sales side is just the beginning.

AlixPartners figures the industry piled up a staggering $72 billion in debt over the past three months. Most of it came from massive drawdown lines of credit between March and May, as companies scrambled to maintain the cash they needed to meet payroll and keep the lights on.

Certainly, the coronavirus pandemic played a heavy hand. It dried up car markets far faster than any routine financial disaster ever could.

But by the time COVID-19 hit, the researchers point out, the industry already was falling behind, thanks to gradually weakening demand and the surging costs of electrification and advanced driver assist technologies.

AlixPartners is none too impressed with the industry’s readiness ahead of the health crisis. Its proprietary analysis concludes that financially “strong” suppliers represented only 6% of their sector’s revenue last year. Half of supplier revenue came from companies already deemed “stressed” or “distressed.”

This wasn’t a sudden development. The firm’s researchers say debt loads between 2015 and the first quarter of 2020 ballooned 33% for suppliers and 36% for carmakers.

The study has some advice: Above all, be “microscopically selective” about allocating capital. That means ditching sentimental or pet projects and reviewing everything in terms of cash and profit.

Another tip: Get back to the breakeven points the industry achieved coming out of the Great Recession. In the U.S., that meant being able to avoid red ink in a market with just 14 million sales. Those days, the firm says, were long gone by the time the pandemic took hold.

AlixPartners says the auto industry’s global recovery will occur at “mixed speed.” China will emerge first, followed by the U.S. and then Europe. The firm figures that global car sales won’t return to their peak in 2017 until sometime after 2025.