U.S. car buyers are most loyal to Subaru for mass-market cars and Lexus for luxury models, according to this year’s J.D. Power Automotive Brand Loyalty Study. 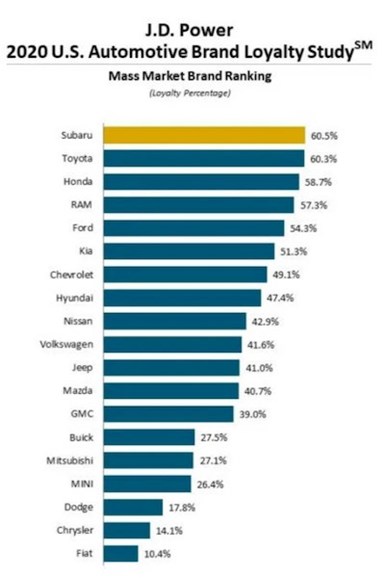 The annual Power study ratings describe loyalty as the percentage of new-car buyers who stick with the same brand when they trade in a vehicle on a new model. This year’s results covered sales between June 2019 and May 2020.

Among mass-market brands, those ratios range this year between 60.5% for Subaru and 10.4% for Fiat. For luxury marques, the percentages ranged from 48% for Lexus to 20.7% for Jaguar. 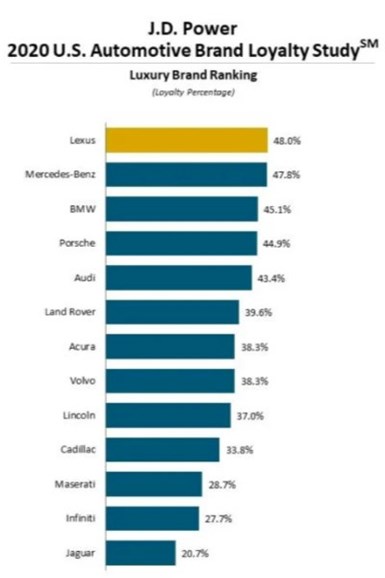 What makes customers more loyal? Power says it begins with the purchase experience and is heavily influenced by how a vehicle makes its owner feel. The caliber of dealer interaction during the ownership period is another factor.

Power adds that carmakers have been trying especially hard during the coronavirus pandemic to hang onto customers by pampering them with sales incentives, more attractive payment plans and flexible financing.

Results show that loyalty goes well beyond the actual long-term performance of a vehicle. Subaru, for example, outscored all other brands in loyalty but ranked only 23rd among 32 brands in this year’s Power Vehicle Dependability Study.