First the good news: Fewer vehicle shoppers plan to delay purchases now than at the height of the coronavirus pandemic in April, according to a June survey conducted by CarGurus, the online vehicle site. 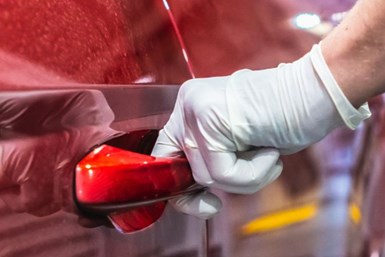 The bad news? Nearly seven in 10 respondents in the June survey aren’t ready to buy yet. This compares with 79% in CarGuru’s April survey who said they would wait longer than they previously planned to purchase a vehicle.

However, only 2% of those queried in the most recent study characterized the delay as indefinite (a year or longer). This is down from 8% in April. And 70% now say they are actively researching vehicles for future purchases.

Not surprisingly, a big part of the hesitancy stems from financial concerns—i.e., will people be gainfully employed.

Among the findings in the June survey:

On the plus side (for the auto industry at least), 33% respondents expect to use their personal car more going forward than before the pandemic. Conversely, about two-in-five who previously used ride-sharing and public transportation planned to decrease—or stop entirely—using such services.

That was before the recent spike in COVID-19 cases in many states. At the same time, unemployment rates continue to remain high across the nation.

As a result, the findings in the next survey may be significantly different.