General Motors defines it in part by meeting its commitment toward eliminating vehicle crashes, emissions and congestion. Dane Parker, GM’s chief sustainability officer (a position that was created in February), refers to the collective stretch goals as a “moon shot.” 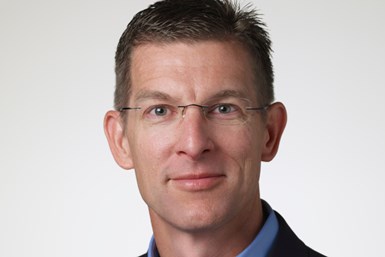 But, as part of a panel discussion at this week’s Management Briefing Seminars, Parker says it’s important for companies to set such ambitious targets and continually measure themselves against them. This includes creating roadmaps and taking interim steps.

As an example, he lists GM’s plan to launch 20 electric vehicles by 2023 to steadily lower emissions.

“It has to be a win-win for everyone,” Serhatkulu says, citing employees, companies and the planet.

This will require greater cooperation throughout the industry. "People working in the value chain need to collaborate to make sure we actually work with the right partners,” she asserts. “We want the companies we do business with to be part of responsible actions as well."

Companies can’t afford to wait for legislation, Serhatkulu adds. To help customers make better sourcing decisions, she says BASF is creating a database that will detail the lifecycle carbon footprint of 45,000 of its products.

Another one of GM’s goals is for 50% of the material content in its vehicles to come from sustainable sources by 2030. Achieving this, Parker says, will require strong partners throughout the supply chain and greater use of second-life and bio-based materials in vehicles.

There also needs to be improved data management and analysis. In the future, Parker envisions integrating GM’s new sustainability report into its annual financial report.

In short, he wants to create the same level of excitement, energy and passion that engineers who worked on the 1960s-era Apollo space programs had. “If we look back at this effort with the same amount of pride (as with the Apollo missions), that will indicate we achieved something exceptional.”