Maruti Suzuki India Ltd. is preparing to introduce its first new SUV model in India since the Gypsy mini-four-wheel-drive SUV debuted there in 1985.
#MINI #asia #Suzuki

Maruti Suzuki India Ltd. is preparing to introduce its first new SUV model in India since the Gypsy mini-four-wheel-drive SUV debuted there in 1985.

The new model will replace the Gypsy (pictured), which went out of production last autumn because of the cost of meeting India’s new emission and safety regulations. Its replacement will be a variant of the second-generation Jimny Sierra mini-SUV that went on sale in Japan a year ago. The Gypsy was a derivative of the original Jimny. 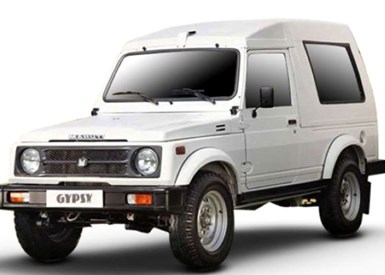 Like its predecessor, the new model will target the rural market, where the Gypsy has been popular for carrying agricultural products over unpaved roads. The carmaker aims to bolster sales in farmland communities by expanding its fleet of mobile showrooms.

The new model could go on sale in India by next spring, The Nikkei says. Suzuki has been supplying India with the Gypsy SUVs from Japan. But the newspaper says the replacement model could be assembled in India.

Maruti Suzuki, which controls about half the Indian passenger car market, operates about 3,000 dealerships in the country.