It looks like Carlos Ghosn’s vanishing act while awaiting trial in Japan on charges of financial wrongdoing cost him at least $862,500. 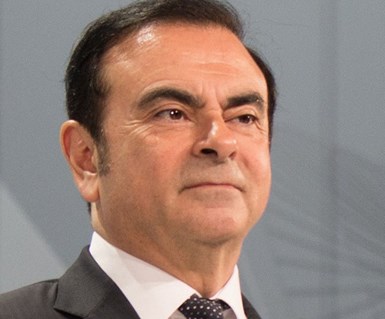 That’s how much U.S. prosecutors claim Ghosn—the former chairman of Nissan, Renault and Mitsubishi—paid a father-and-son team suspected of whisking him from Japan to Lebanon last December.

The fee is on top of the $4.5 million bail bond he posted and forfeited by skipping.

Ghosn had been in and out of jail in Japan for five months on multiple claims that he misused corporate funds at Nissan. He was released on a heavily restricted bail (for the second time) in April 2019.

In a federal court filing in Massachusetts, U.S. prosecutors say Ghosn wired the payment in two installments last year to Promote Fox, a company headed by Peter Taylor and a brother.

Peter and his father Michael, a security specialist and former Army Green Beret, were arrested in May at the request of Japan and have been jailed in Massachusetts since then.

Japan wants to extradite the pair to face charges of orchestrating Ghosn’s miraculous escape. He reportedly was hidden inside a large crate, loaded aboard a chartered plane and flown to Turkey. There, he changed planes and continued to Lebanon, where he holds citizenship and now lives as a fugitive.

Lebanon has no extradition treaty with Japan, which nevertheless has requested that he be returned for trial. Ghosn claims he is innocent and says he fled after becoming convinced that a fair trial would be impossible under Japan’s harsh legal system.

The Taylors claim there they were wrongly arrested because Japan has no law that prohibits someone from helping another to jump bail. Separately, the pair has asked to be released on bond after 36 staff and inmates at their jail tested positive for COVID-19.

Not surprisingly prosecutors argue against bail, describing the Taylors as “extreme” flight risks. Their lawyers, with straight faces firming affixed, retort that “neither is a risk of flight.”

So far, the U.S. magistrate judge handling the Taylor’s case has rejected their request to drop the charges. He is pondering their bail request, according to court filings.

Could this saga get any crazier? Yes it could, and undoubtedly will.