As expected, airbag maker Takata Corp. has filed for bankruptcy protection in Japan and the U.S. and intends to sell most of its assets to U.S.-based Key Safety Systems Inc.
#Takata #asia 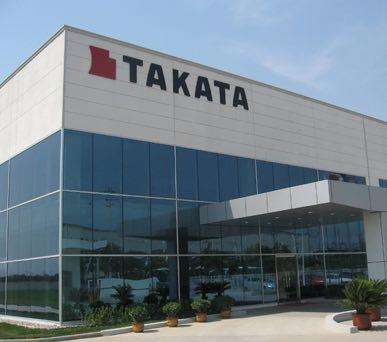 As expected, airbag maker Takata Corp. has filed for bankruptcy protection in Japan and the U.S. and intends to sell most of its assets to U.S.-based Key Safety Systems Inc.

Under the plan, which was widely reported last week, KSS will pay 175 billion yen ($1.6 billion) to buy “substantially all” Takata assets worldwide. Those businesses include steering wheels, safety belts and other safety-related products.

KSS’s purchase excludes Takata operations that make second-generation airbag inflators being used to replace defective older units that could explode when triggered by a crash. About 100 million of the flawed inflators, which have been blamed for at least 16 fatalities and dozens of injuries, are being recalled by 19 carmakers worldwide.

The restructured Takata will continue to fulfill existing contracts to supply replacement inflators, then phase out the business. Sumitomo Mitsui Banking Corp. has agreed to provide Takata with a 25 billion-yen ($225 million) credit line with which to operate during the bankruptcy.

The Tokyo Stock Exchange says it will suspend trading of Takata shares today and de-list the company on July 27. Takata shares closed on Friday at 160 yen ($1.44) compared with about 1,000 yen in January.

KSS and Takata say the plan will preserve Takata jobs and minimize supply chain disruptions. The bankruptcy process also should shield KSS from $10 billion or more in potential liabilities for the continuing recalls, fines and legal settlements.

Takata will use the proceeds of the sale to help pay a $1 billion fine under terms of a settlement reached in January with the U.S. Dept. of Justice. Under that agreement, the supplier will disburse $125 million to victims and $850 million to carmakers that are recalling its inflators.