These devices are not what the doctor ordered
#tech #people #Tesla

It was kudos all around last month when Tesla chief Elon Musk rounded up 1,200-plus “FDA-approved ventilators” in China and shipped them to hospitals in the U.S.

Perhaps the pats on the back were a bit premature.

It turns out that the devices are not the critical care breathing machines that hospitals desperately need to treat seriously ill COVID-19 victims. They are, in fact, BiPAP machines, a fancy version of CPAP machines well known to people who suffer from sleep apnea.

The machines Musk latched on to are variants of a now-discontinued design developed in Asia several years ago by ResMed, a San Diego, Calif.-based medical equipment supplier.

Both types of machines are considered “noninvasive” ventilators. The equipment hospitals are clamoring for are considerably more sophisticated invasive ventilators, which actively force air into the lungs of patients who cannot breathe on their own. 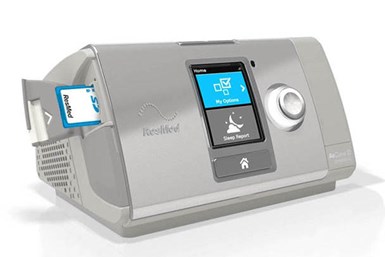 One of ResMed’s Bi-PAP machines

The cost difference is huge. The lunchbox-sized devices Musk distributed retail for about $800, the Financial Times reports. It says the machines hospitals are clamoring for are much larger, far more complex and sell for as much as $50,000.

ResMed CEO Mick Farrell claims he has already distributed thousands of his machines to help COVID-19 patients in China and Italy. But he isn’t getting much encouragement from the medical profession.

In February, the American Society of Anesthesiologists warned that both CPAP and BiPAP devices “may increase the risk of infectious transmission” when used on a person who has tested positive for the coronavirus.

Farrell is undeterred. Two days ago he told CNBC’s “Mad Money” host Jim Cramer that ResMed has been ramping up production of its machines for three months. His aim is to triple last year’s output of “tens of thousands” of the devices.

Farrell says he needs help from suppliers to reach his goal. He also suggests that Tesla might be a dandy provider of batteries for his machines.