Tesla is now able to sell and service its cars in Michigan, although still not quite directly.
#dealers #Tesla

Tesla is now able to sell and service its electric cars in Michigan, although still not quite directly.

This legal battle began four years. Until now, a Michigan resident who wants a Tesla vehicle has been required to buy it out of state and take it back across the state line to get it serviced.

Yes, Tesla can (and does) operate one showroom in Michigan. But it absolutely could not sell anything through it until now.

Under a pair of state rulings announced on Jan. 22, neither of those limitations will continue. But as Electrek explains, there are strings still attached to both. 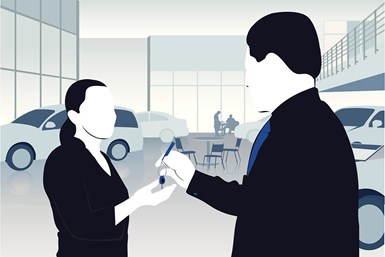 One ruling allows Tesla to directly or indirectly deliver new cars to customers in Michigan. But the vehicles must first be titled—meaning purchased—in another state. Buyers may then transfer the title to Michigan.

In legalese, the ruling says this:

No provision in M.C.L. § 445.1574(1) nor any other provision of Michigan law prohibits Tesla from delivering vehicles to Michigan residents in Michigan (whether directly, through a subsidiary, using an independent carrier, or otherwise), including assisting them with vehicle trade-ins, so long as legal title for any vehicles sold by Tesla transfers outside the state of Michigan, consistent with M.C.L. §§ 440.2106(1) and 440.2401.

As for service, Tesla still isn’t allowed to directly perform repair, maintenance, recall or warranty work on its own cars in Michigan. But its employees can—as long as they’re doing it at a facility owned by a Tesla subsidiary rather than the company directly.

The official description reads this way:

All states have franchise laws to protect their car dealers. The ones in Michigan are especially stringent, and they were tweaked in 2014 specifically to block Tesla. Thus the lawsuit. 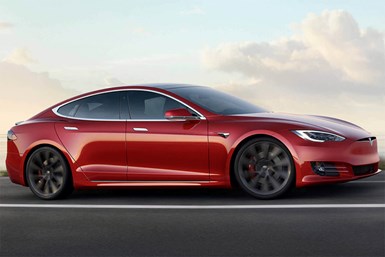 The franchise shields were implemented decades ago to prevent carmakers from competing with their own dealers. That made sense. After all, if a dealership must buy its inventory from the factory, the factory that sells direct could always underprice its franchisees.

Tesla doesn’t disagree with that thinking. Why should it? It points out that its business model is to sell direct, so there is no network of Tesla dealers to compete against.

A Word from the Defense

True, but here’s the thing. The dealer system has underpinned automotive retailing in the U.S. for more than a century. It’s efficient, responsive and very successful. It’s also a structure that has fostered thousands of businesses with very deep and philanthropic roots in their communities.

As dealers like to point out, you don’t get that with cars sold by a mail order outfit located who-knows-where.

They also regard Tesla as the first wave in a real threat to their world. A boutique seller is one thing. But what happens when newcomer mass-market sellers from China or India breeze into town with Tesla’s direct-sale business model?

Skeptical retailers think Tesla will see the logistical value of the franchise system as it transitions from relatively low volume to mass-market operations. But what if direct sales turns out to be a better way to go?

It’s an open question at the moment. But there is absolutely no doubt that we’ll have an answer over the next several years.