How to simplify the vehicle assembly process? Start with fewer parts.

Tesla hopes to do exactly that by integrating dozens of aluminum underbody components into one giant casting.

CEO Elon Musk hinted at what he has in mind last month in a tweet that boasted about plans to “make rear body in a single piece, including crash rails.” 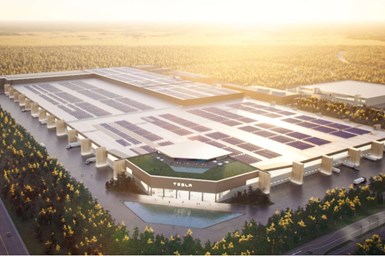 Musk says Tesla is reengineering its new Model Y crossover to, among other things, merge 70 aluminum chassis components into one casting. Doing so would enable Tesla to replace hundreds of assembly robots with a handful of presses, each the size of a small house, Reuters reports

Musk’s aim is to take modularization to a whole new level. Reuters says Tesla will get the equipment it needs from IDRA, the legendary Italian die cast machinery maker.

IDRA says its new 5,500-ton and 6,200-ton “Giga Presses” are the world’s largest and can slash hydraulic energy demand by 40%. The company says it so far has sold one of its 5,500-ton machines to an undisclosed customer.

Enthusiast blog Tesmanian, referring to floorplan documents, says the assembly plant Tesla is erecting outside Berlin will house eight of IDRA’s Giga Press machines. The machines have a combined capacity to make complex body-in-white aluminum castings at a rate of nearly 213,500 per year. 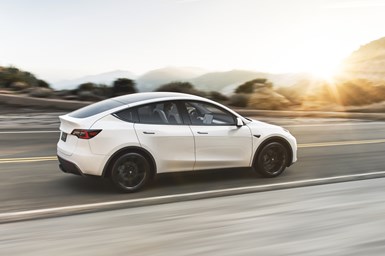 Musk says the Berlin factory will make a fundamentally reengineered version of Tesla’s Model Y crossover, which went into production at the company’s home plant in California early this year. He describes the new process as a “transformation of the core structural design of the vehicle” and a “radical redesign of the core technology of building a car.”

Sandy Munro, who heads the Munro & Associates manufacturing consultancy outside Detroit, tells Reuters that the current Model Y’s rear underbody consists of only two aluminum castings. When combined, he says, they form the largest aluminum structure he has ever seen in 30 years of analyzing vehicle construction.

Musk loves high-tech solutions to manufacturing. But he’s gotten ahead of his skis before. 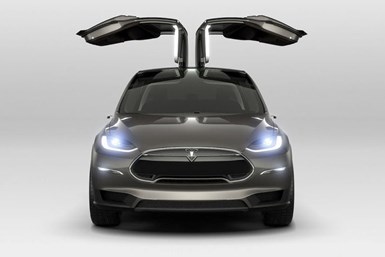 Model X crossover production was hampered by the challenges of getting the car’s second-row gullwing doors to work properly.

Tesla’s efforts to launch its all-important Model 3 were stymied for two years by automation snags. In 2016, the company acquired Germany’s Grohmann Engineering, which supplied the carmaker’s intricate automated assembly system, to streamline the tweaking needed to make the process work.

A year later, Tesla did it again when it acquired Perbix Machine, a Minneapolis-based supplier of a balky automated system intended to accelerate battery production for the Model 3.

By then, Musk had told investors that Tesla would speed up the Model 3 launch by skipping the usual interim step of testing of prototype tooling before tooling up for production. 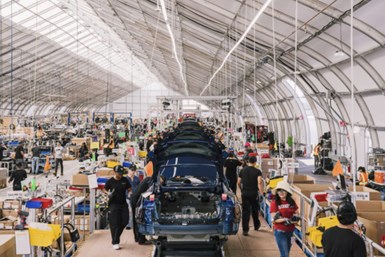 In 2018, Musk conceded that his push for “excessive automation” for the Model 3 had been a mistake. That year, the car’s assembly line was suspended at least twice because of automation glitches. To help make up for lost production, Tesla set up Model 3 production in a giant tent set up next to the company’s actual plant in Fremont, Calif.

As output rose and sales accelerated, Musk tweeted that the company had “gone from production hell to delivery logistics hell.”

Lately, output at Tesla is running as more smoothly than ever. Now comes mega-castings, a system that might transform carmaking. Or not.

It’s a huge gamble for Tesla, but one with an enormous payoff. As history shows, the challenge doesn’t appear to faze Musk in the slightest.