Tesla Inc. may begin delivering its new Model Y electric crossover vehicle in the first quarter of 2020, according to Deutsche Bank analysts.

Tesla Inc. could begin delivering its Model Y electric crossover vehicle in the first quarter of 2020, according to Deutsche Bank analysts.

This would be several months ahead of Tesla’s previous timeline for the new model. The company originally planned to introduce the EV in autumn 2020, but in October CEO Elon Musk accelerated launch plans to next summer. 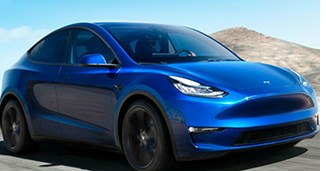 Now a Deutsche Bank investor report cites an article last week by Taiwanese newspaper United Daily News that said Tesla was accelerating Model Y part orders. Stepping up supply orders would enable vehicle production to ramp up sooner than expected. But other reports point out that not all suppliers may meet the revised schedule.

The initial batch of Model Y vehicles likely will go toward Tesla employees, investors and other insiders. The company used a similar approach when it launched the Model 3 sedan in 2017.

The coupe-like Model Y shares a platform and parts with the Model 3. This is expected to eliminate production delays that plagued the launch of the Model 3 and Tesla’s other EVs.

Tesla will produce the Model Y at its factory in Fremont, Calif., and the new facility it opened last month in Shanghai. Musk has predicted the crossover vehicle will eventually outpace combined sales of the company’s model 3, S and X vehicles.