Tesla sailed through the effects of the coronavirus pandemic in April-June to deliver its first four-quarter-long profit streak ever. 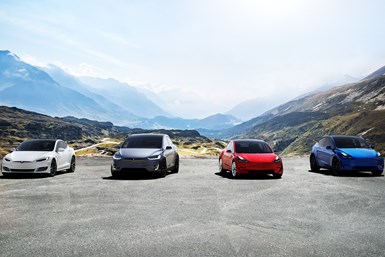 The company reports that it managed a mere 5% drop in quarterly unit sales year on year, easily outperforming virtually all competitors.

That was in spite of county health official orders that idled its home plant in Fremont, Calif., for the first six weeks of the quarter. The move prompted a frustrated CEO Elon Musk to huff that the company would “immediately” move its headquarters out of California (it didn’t).

Revenue from Tesla’s automotive operations slipped 4% to $5.2 billion year on year but grew 3% compared to the first quarter.

Net income in April-June swung to a $104 million profit from a $408 million loss in the second quarter last year.

The bullish results pushed Tesla’s stock price from a record high $1,595 per share at Wednesday’s closing bell to a peak of $1,715 in after-hours trading.

Tesla also reports that it: