Just when you thought it couldn’t go any higher, Tesla’s stock price hit a new all-time record to make the company the most valuable carmaker in the world by some measures. 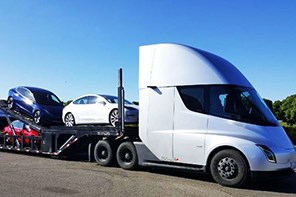 Tesla’s stock jumped nearly 9% on Wednesday to close at $1,025 per share. That pushed its market capitalization (stock price multiplied by the number of outstanding shares) to about $190 billion.

Toyota, which had long been the highest valued carmaker, has a market cap of $179 billion. But when including treasury stock—shares that Toyota owns itself—the Japanese carmaker’s value rises to about $210 billion, according to Bloomberg News. Tesla doesn’t hold any of its own shares.

No other carmaker has a market capitalization (excluding treasury stock) above $100 billion.

Ferrari, BMW and General Motors also are valued at more than $40 billion apiece, according to an independent list of the top 25 automakers ranked by capitalization based on real-time Yahoo Finance updates.

Ford and Fiat Chrysler come in at $27.1 billion and $19.8 billion, respectively, based on Wednesday’s closing prices.

Two years ago, when the company’s value surged past GM’s, analysts attributed investor enthusiasm to emotions—such as a sense of optimism, freedom and defiance—rather than actual performance fundamentals.

That’s easy to understand. At the time, Tesla was unprofitable and was just starting to ramp-up production of its first mainstream car, the Model 3 sedan.

The subsequent success of the Model 3, plus the addition of the Model Y and the promise of several other new vehicles—including the upcoming Cybertruck—has sent Tesla’s stock into the stratosphere.

In January, Tesla zoomed past Volkswagen (which sells about 30 times more vehicles) to become the second-richest carmaker in terms of market value.

After briefly dropping to $360 at the beginning of the coronavirus pandemic—and sliding again in late April following a provocative tweet by CEO Elon Musk that argued the company was overvalued—Tesla’s stock has more than doubled its price since the beginning of the year.

Wednesday’s surge was fueled in part by comments from Musk that indicated Tesla’s electric Semi heavy-duty truck is nearing “volume production.” He didn’t provide an updated timeline for the vehicle, which originally was due to bow last year and more recently had been targeted for sometime in 2021.

Tesla’s stock has seen a nearly $200 spike since the beginning of June. In addition to the Semi, Tesla has benefited from relatively strong sales throughout the COVID-19 lockdown, expansion in China and reports that the company is on the verge of a major battery breakthrough.

EVs also are actually starting to become a thing in some markets.

Tesla finished in the black in each of the last three quarters, putting it on pace to record its first annual profit. Last year the company had a net loss of $862 million. 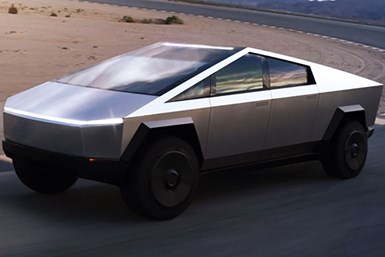 And at least some analysts believe the company’s stock has ample room to grow. Earlier this week, Wedbush Securities analyst Dan Ives increased his “bull-case” target for Tesla 11% to $1,500 per share—and that was before Wednesday’s surge.

"We believe the main fundamental catalyst continues to be the massive China market which is showing clear signs of a spike in demand for Musk & Co. heading into the rest of this year," Ives wrote in his analysis.

The more favorable it’s viewed by Wall Street, the easier it is for Tesla to raise money. This, in turn, allows the company to fund product development, new factories and geographic expansions at reduced rates to help it stay ahead of the competition.

Musk also stands to benefit…a lot. Two years ago, the company’s shareholders agreed to an unusual all-or-nothing compensation package for the mercurial CEO. Each time Tesla gains and holds an additional $50 million in market value, Musk gets big chunks of new stock.

At the current rate, Musk is flying higher than one of his SpaceX rockets—and he and other shareholders are enjoying the ride.