Tesla racked up record-high sales in July-September and says it will expand into India next year.

The electric-vehicle pioneer delivered 139,300 electric cars in the third quarter. That boosted its sales through the first nine months to a record 318,400 electric cars and crossover vehicles. 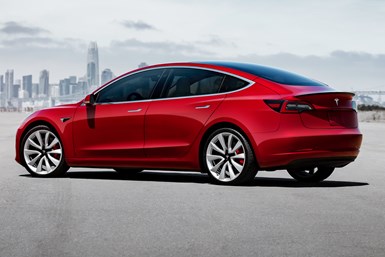 Tesla doesn’t break out model-by-model sales figures, but its Model 3 sedan appears to have accounted for about 90% of third-quarter volume.

Tesla sold 367,800 vehicles in 2019. CEO Elon Musk believes the company could reach 500,000 deliveries this year, although that would mean hiking year-on-year output in the fourth quarter by almost 40%. Analysts are skeptical.

Regardless, it’s quite an achievement to do so well in a sales year upended by the coronavirus pandemic.

Last year, Tesla accounted for an industry-leading 16% chunk of the global EV market, led by overseas sales of the Model 3, according to McKinsey & Co. That share could expand this year in spite of the first dribble of EVs from mainstream carmakers, thanks to Tesla’s double-digit sales growth.

There are challenges ahead. With a flood of what McKinsey estimates will be 450 new EV models in the next two years, it’s about to get much tougher for Tesla to defend its market share.

That’s one reason why Musk said this week that Tesla “for sure” will push into the Indian market in 2021. 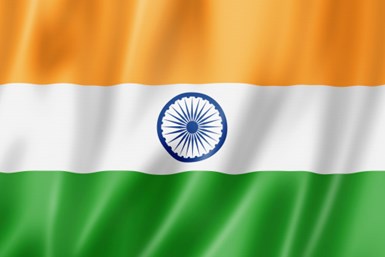 India has enormous sales potential, and the country’s government is very bullish about EVs. But expansive visions have been hampered by a nonexistent EV charging infrastructure and the lack of concerted effort to build one.

Fortunately, Tesla won’t need India to fuel sales right away. The company is just getting started in China, where its 10-month-old assembly plant in Shanghai already leads the EV market there.

The Chinese plant currently has annual capacity to make about 100,000 cars, split equally between the Model 3 and its Model Y crossover variant. The similar factory Tesla is building outside Berlin—also with an initial capacity of 100,000 units—is on track to open next year. Both complexes could be expanded as much as fivefold if regional demand warrants.

The timing of Tesla’s plant openings in China and Europe have neatly matched surges in EV demand in both regions. In July, the company confirmed its second U.S. factory will open outside Austin, Tex., by the end of 2021.

Yesterday the carmaker began lowering Model 3 prices in China by 8%-10%, a move enabled by a switch to cheaper batteries. Musk says even larger price cuts will come a few years from now when Tesla ramps up installations of a more advanced “biscuit tin” battery.

Tesla has done a good job of building a strategy for sustained and impressive growth. From now on, execution will be everything.