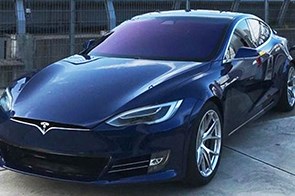 Porsche set a record lap time of 7 minutes and 42 seconds for electric sedans last month on the famed Nurburgring Nordschleife.

Based on previous testing at the track, Tesla says a Model S with the new “Plaid” performance powertrain will cover the same 12.9-mile circuit in 7:20. The company also predicts that unspecified modifications could trim another 15 seconds off the time.

Porsche notes that it set the mark with a Taycan Turbo, not the more powerful Turbo S variant. Tesla plans to attempt to break the record sometime next month.