Tesla plans to crank up its own in-house battery development team. 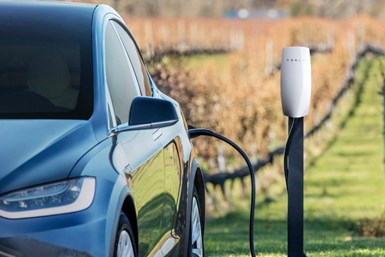 What Tesla has in mind is an expansion of those operations that would employ 470 people, Reuters reports, citing a local construction permit application. Some 400 of those staffers would be deployed in shifts such that 100 are working at manufacturing and production at any time day or night.

The project, dubbed Roadrunner, appears to be a unit being set up to help launch a new variant of the lithium-ion batteries used by Tesla and most other EV makers today.

News reports in May indicated that Tesla would announce the Roadrunner during a “Battery Day” presentation, which has since been tentatively scheduled for Sept. 15. Sources told Reuters at the time that the new battery would debut by early 2021 in the Model 3 sedans Tesla produces outside Shanghai for the Chinese market.

The Roadrunner battery reportedly could lower battery costs to less than $80 per kilowatt-hour from more than $100 today, thereby making EVs comparable in cost to piston-powered vehicles.

Tesla CEO Elon Musk’s long-held goal is to cut EV battery costs by at least 30% simply by producing them at very high volumes. He also wants Tesla to eventually make its own battery cells.

Tesla gets most of the conventional batteries for its California-made EVs from the Gigafactory it operates outside Reno, Nev., with partner Panasonic. The company also has signed supply deals with CATL and South Korea’s LG Chem.

Many carmakers are pursuing next-generation batteries with the lower cost and more power they need to propel EV sales into the mainstream. Tesla appears determined to get there first.