Tesla Inc. claims it has made significant improvements to the assembly quality of its Model 3 electric sedan to fix shortcomings found in an independent teardown assessment.
#tech #Tesla 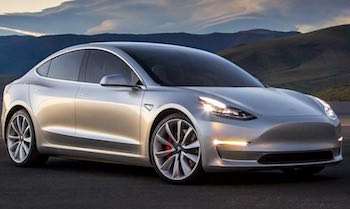 Tesla Inc. claims it has made significant improvements to the assembly quality of its Model 3 electric sedan to fix shortcomings found in an independent teardown assessment by Munro & Associates Inc.

Auburn Hills, Mich.-based Munro praised the car’s technology but found signs of sloppy assembly. Tesla says one of the cars Munro evaluated was a relatively early sample not indicative of its current quality.

The company says the standard deviation of panel gaps and offsets across the car has improved an average of nearly 40% and now is on par with high-end German vehicles. In particular, the carmaker points to visible upgrades in the Model 3’s trunk, rear lamps and rear quarter panel.

Munro’s assessment consists of 6,000 man-hours of study of two Model 3s. The first car was built in January. Munro found door rattles, wind noise and inconsistent panel gaps, including mismatched shapes that indicated either a stamping problem or an attempt to bend the hood.

Munro says the Model 3 is heavier—despite extensive use of aluminum—and more expensive to produce than similarly sized cars. The report suggests Tesla could “drastically slash” cost and weight by studying industry best practices and addressing low-hanging fruit, such reducing its excessive use of body sealant.

The second Model 3, which was produced later this year, showed signs of improvement, Munro notes. The company also praised Tesla for its advanced battery system and overall electronics expertise, including the sophistication and integration of various control units. Another highlight: A unique HVAC vent system that allows for a clean dashboard.