Anthony Levandowski, one of the early leaders in the development of autonomous vehicle systems, continues to pay for his own self-inflicted wounds. 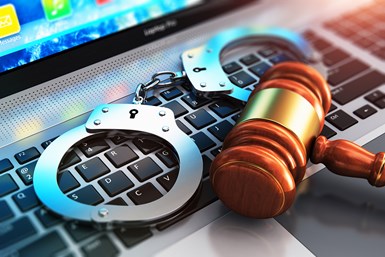 Levandowski’s fortunes took another turn for the worse this week when he was forced to file for bankruptcy shortly after a San Francisco court upheld a ruling that orders him to pay $179 million to Waymo for stealing trade secrets regarding the company’s self-driving vehicle program.

Under the Chapter 11 filing, Levandowski will be able to renegotiate his debts. He listed $50 million to $100 million in estimated assets against $100-$500 million in liabilities. Relatively speaking, that’s the good news.

Levandowski still faces criminal charges brought by federal prosecutors in the U.S. District Court of the Northern District of California. Last summer, prosecutors indicted him in a suit that involves 33 counts of theft and attempted theft of trade secrets from Google.

If convicted, Levandowski faces up to 10 years in prison. He has pleaded not guilty to all charges.

Levandowski started as an engineering student at the University of California-Berkley, where he developed a self-driving motorcycle that competed in the DARPA Grand Challenge. The bike, nicknamed Ghostrider, now is on display at the Smithsonian National Museum of American History in Washington, D.C.

Over the years, Levandowski has launched several startup companies related to autonomous vehicle systems. He even created his own eccentric religious organization (Way of the Future) that celebrates a deity based on artificial intelligence.

Where it Went Bad

In February 2017, Waymo filed a lawsuit against Uber and Otto, accusing Levandowski of stealing 14,000 secret documents related to the Google affiliate’s autonomous vehicle program. Waymo became aware of the theft when it accidentally received an email showing the design for an Uber lidar circuit board that was almost identical to the one Waymo had designed.

In 2018, Uber agreed to pay $245 million to Waymo related to the case. As part of the settlement, the ride-hailing company also pledged not to use any Waymo confidential data in its own efforts to develop autonomous vehicle hardware and software.

Earlier this year, Waymo won a $9.7 million settlement from Lior Ron, who joined Uber with Levandowski as part of the Otto deal. Ron continues to work for Uber, which paid the entire amount he owed to Waymo under the company’s indemnification employment policies.

But Uber has said in financial filings that it plans to challenge its responsibilities regarding Levandowski’s $179 million payment. The ride-hailing giant fired Levandowski in 2017.

Levandowski, who launched another self-driving company (Pronto AI) in 2018, continues to maintain his innocence. His lawyer asserts the case was "not about trade secrets but about employees leaving Google for new opportunities and an engineer being used as a pawn by two tech giants.”

Uber restarted testing of its own autonomous cars last year after temporarily halting the program in the wake of a fatal accident in March 2018 in which a self-driving Uber struck and killed a pedestrian.

As for Waymo, the company says it will "continue to take the necessary steps to ensure our confidential information is protected."

Waymo, which has logged far more autonomous test miles—20 million miles on public roads and some 10 billion miles in simulation—than anyone else, unveiled its fifth-generation technology this week.

The company also raised $2.25 billion in its first external funding round. It seems to be doing just fine without Levandowsk.