A few hints, it’s not Gertie and it rhymes with ladies
#Google #racing #europe

If Emil and Rachel Jellinek had chosen one of these more popular German names for their daughter, would the decision still have yielded an iconic premium automotive brand? 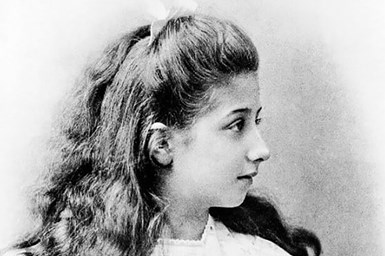 Thankfully, we’ll never know. In 1889, the Austrian-French couple chose a more elegant and awe-inspiring name for their first child: Mercedes.

This month marks the 120th anniversary of the famous brand that bears her name.

Birth of a Luxury Marque

By early 1900, entrepreneur Emil Jellinek had become the largest car dealer for Daimler-Motoren-Gesellschaft (DMG), which was founded by Gottlieb Daimler and chief engineer Wilhelm Maybach in 1890.

An avid sportsman, Jellinek worked with Maybach to modify DMG models for racing. In April of 1900 (about a month after Daimler died), Jellinek commissioned DMG to develop and produce a new high-powered sports car.

That vehicle became known as the Mercedes 35 PS. Daimler agreed to use Mercedes due to trademark issues with its own name in France. Jellinek already had adopted the Mercedes moniker for his race team and often went by the alias “Monsieur Mercedes.”

Jellinek took delivery of the first Mercedes in late 1900 and began racing them early the next year to much success, winning several events during the annual race week in Nice, France, that March. 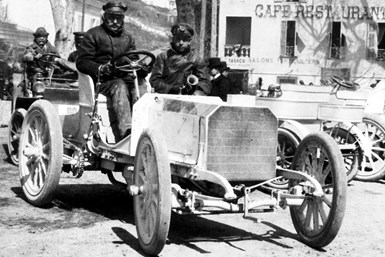 Heralded for its elegant design and engineering breakthroughs, the car is considered one of the first modern automobiles, spurring the end of the age of so-called motorized (horseless) carriages. The 35 PS designation refers to the output of the car’s 4-cylinder engine in terms of pferdestarke (the German equivalent to horsepower).

Among the car’s characteristic features are a:

The 35 PS also had an innovative front radiator system that is said to have significantly improved cooling efficiency by using small rectangular tubes that provided a larger surface area and fewer gaps than previous rounded units. The hallmark honeycomb grille has remained a staple throughout Mercedes history.

Following the car’s success in Nice, Paul Meyan, secretary general of the French automobile club, declared in his race review: “We have entered the Mercedes era.”

The Rest is History

DMG trademarked the Mercedes name in 1902 and began using it as an umbrella brand for all its vehicles. The signature three-pointed star emblem was adopted in 1909.

Jellinek, who legally changed his name to Jellinek-Mercedes in 1903, became a member of DMG's board of management and obtained exclusive dealership rights for Mercedes in Austria, Belgium, France, Hungary and the U.S. He helped craft the company’s premium reputation by targeting the rich and famous, including the Rothschild family and American billionaires such as Astor, Morgan and Rockefeller. 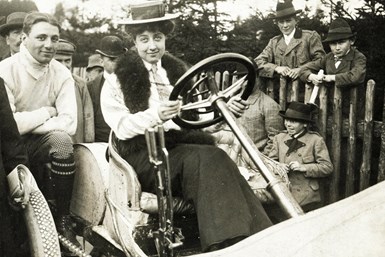 The brand name was changed to Mercedes-Benz in 1926 when DMG merged with Benz & Cie (headed, of course, by pioneering inventor Karl Benz) to form Daimler-Benz. In addition to the Benz name, the new brand added that company’s laurel wreath to its logo.

Sadly, Mercedes Jellinek’s life was cut short in 1929 when she died from bone cancer at the age of 39. But she will be forever immortalized. To this day, Mercedes-Benz is the only automotive brand that bears a female name, according to the carmaker.

When he commissioned the PS 35, her father stated a clear objective: "I don't want a car for today or tomorrow, it will be the car of the day after tomorrow."