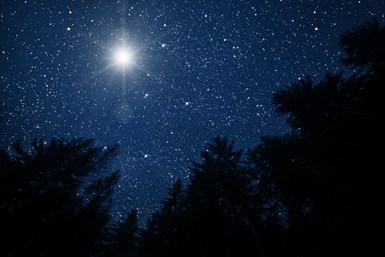 Stellantis. The name is rooted in the Latin verb "Stello," which means "to brighten with stars.”

Starting next year, Fiat Chrysler and PSA Group will use the celestial moniker for their new corporate brand under the proposed merger announced last December. A new corporate logo also is in the works.

"The name’s Latin origins pay tribute to the rich history of its founding companies while the evocation of astronomy captures the true spirit of optimism, energy and renewal driving this industry-changing merger," according to the carmakers.

The name reflects the alignment of the two companies’ various long-running brands and “strong company cultures,” they add.

This all sounds well and good, albeit more than a little pretentious corporate speak. But there also are some more humorous takes on the name (check out this one from AutoBlog).

What About the Brands?

Don’t worry. Stellantis will be used only at the corporate level.

FCA and PSA plan to maintain all their current brands and logos. Together, the companies offer 12 marques. FCA has eight mainstream nameplates:

PSA has half that many:

The 50:50 merger will create the world’s fourth-largest carmaker by sales (behind Volkswagen, Toyota and the Nissan-Renault-Mitsubishi alliance).

The companies expect the deal, which is due to be finalized in the first quarter of 2021, to save at least $4 billion over the next four years by sharing platforms, purchasing economies of scale and integrated back-office operations.

Choosing a new name was relatively easy. It only took FCA and PSA a few months, with the help of marketing partner Publicis Group, to make and implement the decision.

Now comes the hard part. For starters, the companies still need to finalize the terms of the deal—such as a planned dividend to FCA shareholders that has upset PSA investors—and overcome European antitrust concerns.

Then the tasks become really tedious: putting together the various pieces and making it all work out.

Here’s hoping that the stars align for Stellantis.