The Rise of Robots in Automotive

Yes, the auto industry continues to lead the way in robot orders according to the Robotic Industries Association.
#Ford

According to the Robotic Industries Association (RIA), 2019 robot orders were up 1.6% compared to 2018. This means that 29,988 robots were ordered. What is interesting to note is the biggest driver of this increase: Automotive.

According to the RIA, there was a 50.5% increase in orders from automotive OEMs. 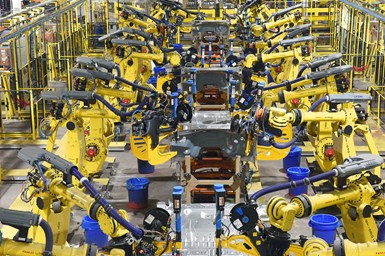 And while it might be thought that the OEMs would be nearly saturated in terms of the number of robots they have on the line and so the growth in automotive would be predicated on orders from suppliers, the data show that there was actually a 6.6% decline in orders from automotive component manufacturers.

(By the way: if you’re interested in robots, check this out.)