This Year’s Best Interiors: Quality at Any Price

What do a Hyundai Venue and Nissan Sentra (both of which sticker for less than $25,000) have in common with BMW’s $130,000-plus BMW X6 M performance crossover and the ultra-luxury Bentley Flying Spur sedan? 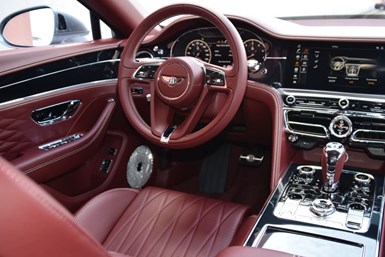 On the surface, probably not much. But if you’re sitting inside any of them, chances are you’ll enjoy the ride.

All of four of those models made the cut this year for Wards 10 Best Interior list. They were joined by the Audi e-tron, Chevrolet Corvette, Kia Telluride, Lincoln Aviator, Mercedes-Benz GLB and Toyota Highlander.

Eight Wards editors selected the winners from 32 nominated vehicles, all of which are sold in the U.S. Judges scored vehicles on design aesthetic, comfort, ergonomics, materials, fit-and-finish and the user-friendliness of displays and controls.

To qualify, vehicles must have an all-new or significantly improved interior. No brand placed more than one vehicle in the top 10.

This year’s winners (with price as tested) are the:

Here are some of the judges’ impressions:

The midsize crossover proves that EV interiors can be as comfortable, alluring and user-friendly as their internal-combustion-engine counterparts, the judges note. 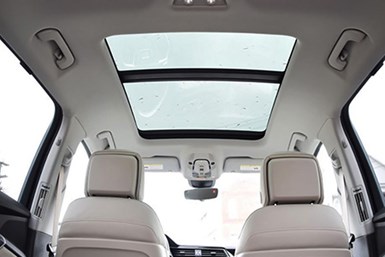 The Flying Spur’s interior is likened to a piece of art. 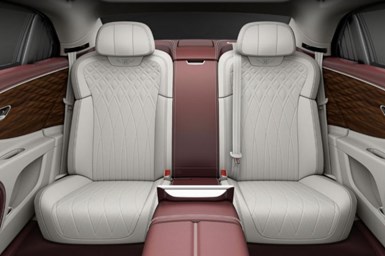 “One detail draws your attention, then your eye falls on another, then another,” gushes one judge. “Soon an hour has passed and you’re still sitting in the driveway, as if wandering a museum.”

Highlights include chrome-plated seat tracks and the car’s artistically designed B-pillars. The latter gets the same meticulous quality and attention to detail as the instrument panel or steering wheel, with top-grade leather diamond-shaped 3D-faceted quilting, Wards notes.

The X6’s driver-focused cockpit features customizable driving mode selectors along the steering wheel, form-fitting seats with a bold racing stripe down the center and digital instrumentation. 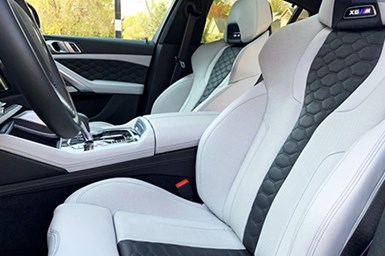 The seventh-generation iDrive HMI is hailed as the best man-machine interface on the planet. It’s paired with a 12.3-in. configurable display screen that can be controlled in multiple ways, including hand gestures, steering-wheel buttons, direct touch or the console-mounted rotary dial.

Front seats include full massage features, and there’s extra lumbar support for the driver. Four of the five seating positions are heated, and a four-zone climate-control system ensures each occupant’s comfort. 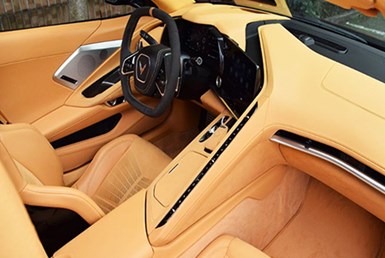 The results are described as a “monumental leap in styling, quality and materials.” Highlights include tastefully applied carbon-fiber trim and a space-saving push-button gear shifter.

The iconic 2-seater also gets steeply sloped center console HVAC control system. Wards says the design envelops the driver in what feels like a high-performance cocoon.

Tested at $23,300, the Venue is the lowest-priced model on this year’s top 10 list. But the small crossover doesn’t scrimp on content. 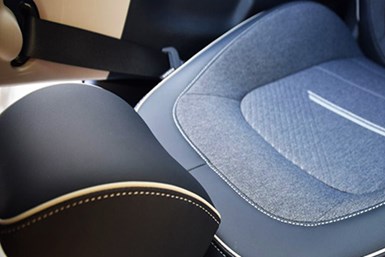 The editors also were enamored with the Venue’s Denim Edition package, which has a special color palette with subtle blue tint touching nearly every surface—from the seat covers and leather steering wheel trim to the center console dials and switches . Wards likens the effect to that of a comfortable pair of jeans.

One of the judges describes the interior of Kia’s three-row crossover as “warm as a cowboy’s saddle.” 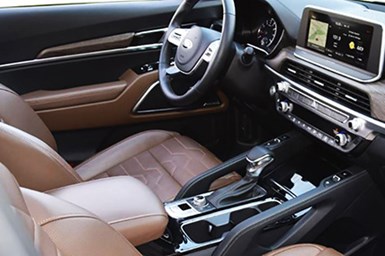 The Telluride also is chock-full of unique commonsense amenities such as six USB ports—including two positioned at chest level on the front seatbacks for middle-row occupants—second-row pockets to cradle phones as they’re being charged, brushed metallic switchgear and matte finish wood-like trim.

Wards says the $47,000 Telluride has several features that are usually relegated to $100,000-plus models. This includes heated and cooled second-row seats and a luxuriant headliner material that Kia calls “premium cloth trim.” 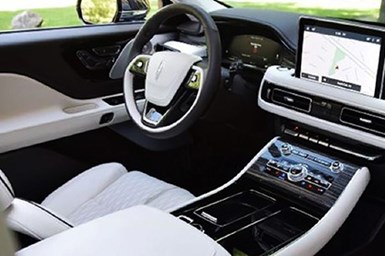 This sets the tone (literally) for the rest of the Aviator’s interior.

The large premium crossover also features a sweeping dashboard and a well-proportioned center console. Wards describes the interior as serene and quiet, thanks to its laminated glass, special sound-deadening efforts such as 360-Degree Hood Sealing, a double-wall insulated dashboard and active noise cancellation.

Here’s proof that luxurious things can come in small packages. 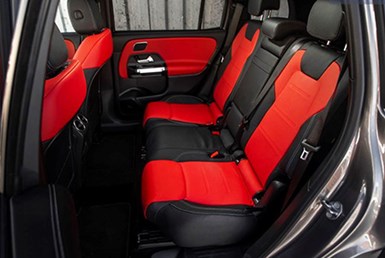 The compact crossover was praised for its “smart use of high-quality materials.” This includes textured Black Linden wood trim inserts that feel “live to the touch,” and satin trim pieces for door handles, door pulls, steering wheel and center console.

The 2020 compact sedan delivered big-time on style and luxury appointments. 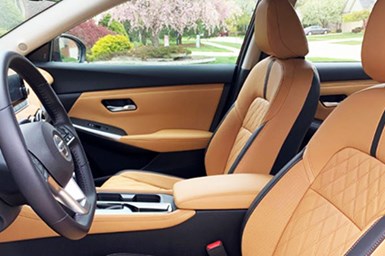 Leading the list of class-leading features, Wards says, is the use of Sentra’s unique diamond-within-diamond seat quilting pattern.

The focal point of the sixth-generation Highlander’s interior is an instrument panel that the judges say resembles a tuning fork turned on its side. 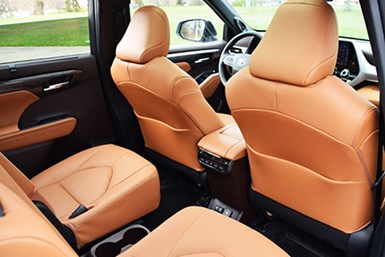 The winners will be honored Aug. 19 during a three-day virtual event that includes the WardsAuto Interiors Conference.