Companies across the board—even financially healthy ones—have suffered this year from the economic impact of COVID. For those that were struggling beforehand, the pandemic has been devastating.

A case in point: Thyssenkrupp. The German conglomerate posted a €1.6 billion ($1.9 billion) operating loss as sales slumped 15% to €28.9 billion ($34.3 billion) for the fiscal year that ended Sept. 30. And the situation likely will worsen.

“We're not yet where we need to be,” acknowledges CEO Martina Merz, noting that coronavirus has been a “massive stress test.”

“The next steps could be more painful than the previous ones,” she adds. “But we will have to take them.” 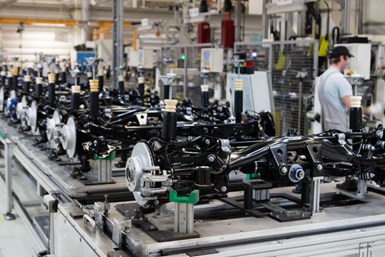 The diversified company—which supplies everything from steel and auto components to products for the aerospace, chemical, construction, energy, food, mining, oil and gas, plant engineering and shipbuilding industries—also is shedding businesses. In February, Thyssenkrupp sold its elevator unit for about $20 billion.

Next up could be the supplier’s struggling steel business, which relies heavily on the auto industry. An attempt to form a joint venture with India’s Tata Steel was blocked by the European Union due to antitrust concerns. But Thyssenkrupp says it’s talking with several potential buyers and plans to make a decision about the unit by next spring. 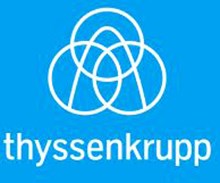 The company also has flirted with selling its automotive business, which makes powertrain, drivetrain and suspension components. Sales for the division fell 13% in the just-ended fiscal year. Last month, the company moved its engine and battery assembly operations into the Multi Tracks group, which also is under review.

For now, Merz has a few simple but difficult goals. The former Bosch executive, who is Thyssenkrupp third CEO in 15 months, says her primary objectives are to win back the confidence of capital markets and “stop the bleeding."