Toyota Motor North America (TMNA) and General Motors were the only two automakers named to DiversityInc’s “2020 Top 50 Companies for Diversity” list in the U.S. 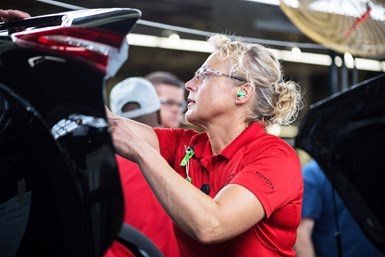 Toyota came in at No. 10, while GM ranked 30th. Honda received an honorable mention. No Tier 1 suppliers made the cut.

A pair of hotel chains—Marriott and Hilton—ranked first and second, respectively. Rounding out the top five were Eli Lilly, ADP and Accenture.

The company attributes its success to hands-on involvement by senior leadership and continual efforts to expand and strengthen programs throughout its own organization as well as by fostering key external partners.

"When it comes to diversity and inclusion, each year we try to set new challenges and new goals with a plan for attaining them. This recognition gives us encouragement that we're on the right path because we know it's a journey, not a destination," said Sandra Phillips Rogers, chief diversity officer and chief legal officer, TMNA.

Toyota says more than 40% of its employees at TMNA headquarters are involved in at least one of its 95 business partnering groups. The volunteer community service groups help disadvantaged youth, LGBTQ+, minorities, women, people with disabilities and veterans.

One-third of Toyota's senior executives serve on the boards of multicultural organizations. In addition, the company spends more than $3 billion per year with certified minority and women-owned businesses.

During the COVID-19 pandemic, Toyota teamed up with non-profit and private sector allies to provide funding, expertise and in-kind donations for at-risk and disproportionately impacted communities. This includes community service announcements that provide information to the African American and Hispanic communities.

DiversityInc also points out that TMNA is:

More information about the carmaker’s program can be found in its latest Diversity Report.