To paraphrase an old saying, there are many ways to skinny a car.

This was evident in the latest Enlighten Awards for vehicles and related technologies. The winners all involve innovative material usage. But they also highlight a variety of other lightweighting techniques, including:

Here’s a look at the winners:

Harley-Davidson took home the top prize in the full vehicle category for its Livewire electric motorcycle. 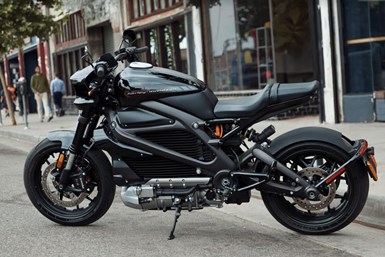 The iconic, 117-year-old American brand says it had to rethink its entire product development and engineering processes for the Livewire. This included using an aluminum chassis that helped cut the motorcycle’s weight to 549 lbs. Energy capacity was increased 90%, and the energy capacity ratio to vehicle mass was boosted 60%, according to Harley-Davidson. The $29,800 motorcycle has a driving range of 146 miles per charge.

The runner-up in the category was the redesigned 2020 Nissan Sentra compact car. The car used simulation tools and new materials to improve safety and handling without increasing weight.

Toyota won the Module award for the third-row seatback in the 2021 Sienna minivan. Described as an industry first, the free-standing, injection molded thermoplastic frame consolidates 15 components without a mold reinforcement. 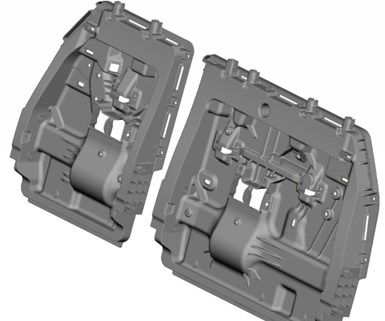 The integrated system resulted in a 30% mass reduction, while cutting costs 15% and doubling safety performance, according to the carmaker. Flex-N-Gate manufactured the unit using material from BASF.

Runner-up ZF was cited for its heavy-duty electric park brake. The system saves 25 lbs or more vs. conventional “drum-in-hat” park brakes for large truck and SUV applications, according to the supplier.

The Enabling Technology award went to Mubea for its glass-fiber reinforced tension leaf spring. Used mostly in heavy trucks, the composite spring weighs as much as 75% less than a typical multi-leaf steel spring. 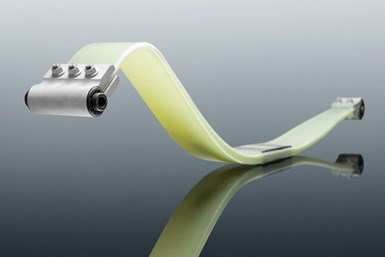 The German supplier says it used an automated workflow that begins from a parametrized spring model in which all spring parameters can be adapted.

DuPont's Betaseal X2500 structural adhesive, which joins inner and outer plastic panels, was runner up. In thermoplastic liftgates produced by Magna, the application can reduce weight by 20%-30% compared with a welded steel design. 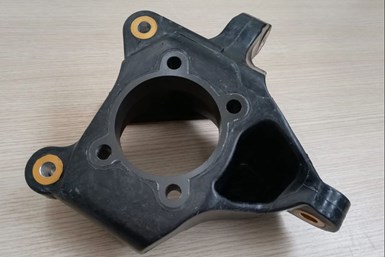 Marelli received the Future of Lightweighting award for an advanced sheet compression molded suspension steering knuckle. Claimed to be as strong as carbon fiber, the composite material is 25% lighter than aluminum and 50% lighter than cast iron, according to the supplier.

Nissan took runner-up honors for an aluminum/carbon fiber body panel design that can cut weight in half over its steel counterparts. The multi-material system was created via a topology design.