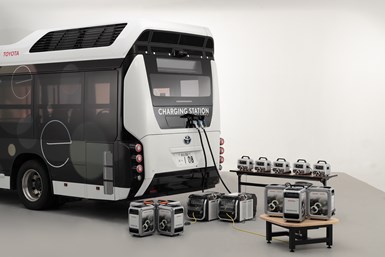 But when it’s for a good cause, they can find common development ground. That’s the case for the Moving e, a mobile power generation/output system that aims to assist communities that have lost power as a result of a severe storm or other natural disaster.

The prototype mobile unit is based on the previous generation of Toyota’s FC fuel cell bus but is equipped with twice as many high-pressure hydrogen tanks. This allows the bus to generate as much as 454 kWh of power. 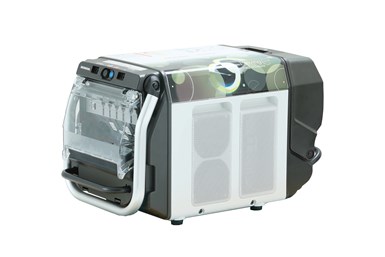 The electricity can be transferred to and stored in large-capacity portable batteries supplied by Honda. The devices can then be used to provide electricity to evacuation centers and other facilities or vehicles as needed.

Honda is contributing its:

The mobile charging station can provide power to virtually any place that’s accessible to the bus. When not needed during emergencies, this could include remote entertainment venues, the partners note.

For now, the carmakers plan to demonstrate and test the capabilities of the system with various businesses and municipalities. They describe the mobile charging station as a “phase-free” concept that’s designed to provide assistance during normal times and states of emergency.