Toyota-Panasonic JV to Ramp Up Battery Production in 2022

Production is expected to eventually ramp up to an annual rate to support 500,000 hybrid-electric vehicles per year.

The batteries will be assembled on a new production line within an existing Panasonic plant in Tokushima, Japan. In addition to Toyota models, the plant could supply batteries to the carmaker’s Mazda and Subaru technology partners. 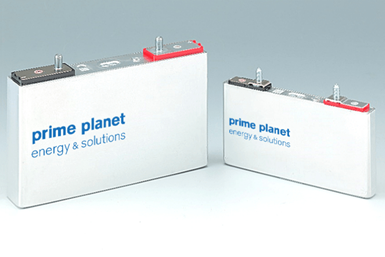 Last week, the carmaker said it expects to sell 5.5 million full electric, hybrid and fuel cell vehicles per year by 2025. That’s five years sooner than the company previously planned to hit the milestone.

Hybrids originally were to account for 80% of Toyota’s electrified volume.

The carmaker, which has been a leader in hybrid technology since introducing the Prius in 1997, has slowly started to transition to full EVs in recent years. This includes developing next-generation solid-state batteries that promise to significantly improve driving range and other performance metrics. But widescale deployment of such batteries is at least several years off.

The company didn’t provide an updated EV/hybrid split for the 2025 target. But the Prime Planet announcement makes it clear that hybrids will continue to play a major role in Toyota’s strategy for years to come.

"As electrification of automobiles is a must in tackling environmental issues such as global warming and air pollution, the global electric vehicle market is expected to continue growing rapidly,” company officials said in a statement. “This expansion in production capability is a step that allows Prime Planet Energy & Solutions to handle the growing demand of prismatic lithium-ion batteries for hybrid vehicles."

Toyota owns 51% of the JV, with Panasonic holding the remaining stake. The two companies, which have collaborated since 1996, also produce nickel-metal hydride batteries through another joint venture.