Toyota Motor Corp. plans to launch an all-new version of its Mirai fuel cell sedan, which debuted in 2014, next year.
#Toyota #tech

Toyota Motor Corp. plans to launch an all-new version of its Mirai fuel cell sedan, which debuted in 2014, next year.

Chairman Takeshi Uchiyamada confirmed the plan this week at a hydrogen conference in Tokyo. He provided no other details. 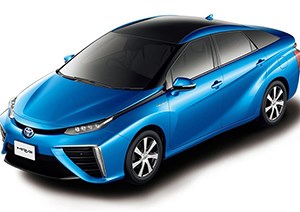 Toyota previously has said it will provide 500 Mirai cars for use at next year’s Summer Olympics in Tokyo. But it isn’t clear if those vehicles will be the new model or the current Mirai (pictured).

Toyota sold just 1,700 of the vehicles last year in the U.S., where it is available only in California due to a lack of a hydrogen infrastructure elsewhere. The 2019 Mirai has a base price of $59,400 or $350 per month on a three-year lease.

Earlier this year, Toyota officials said they expect fuel cell vehicles to cost no more than hybrid-electric models within 10 years.