Toyota says it has developed a new plating technology for electronic components that promises to reduce in-process waste to 3% of that generated during traditional processes, while cutting carbon dioxide emissions by two-thirds. 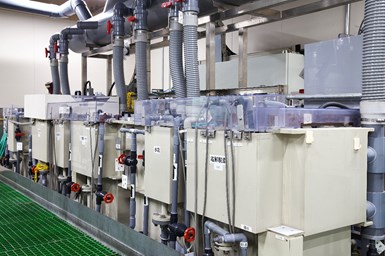 In addition to using it in its own plants, Toyota plans to license the technology to affiliate companies and competitors. The carmaker is collaborating with Japanese vacuum press manufacturer Mikado Technos on the system.

Described as a world first, the new system features a stamping-type process to form copper, nickel and other metal coatings on substrates during the production of electronic parts. Metal ions pass through a solid electrolyte membrane to apply the plating. 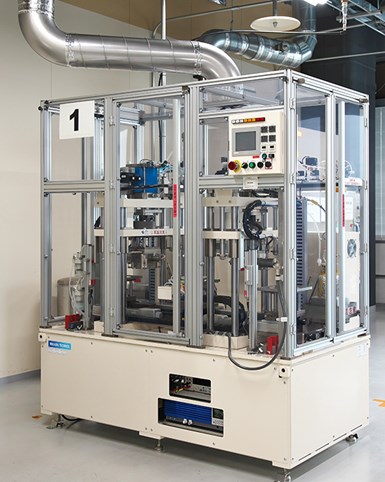 During conventional plating, substrates are completely immersed in copper or nickel solutions. The resulting electric current creates the metal film.

But several large dipping baths are required to wash the substrates before and after plating. Much of the solution ends up being discarded after use. The process also requires specialized equipment to treat emissions and the waste solution, Toyota notes.

The new system eliminates the need for a dipping process. In addition to lessening the potential environmental impact, this reduces the overall manufacturing footprint and speeds the plating time.

Toyota plans to launch pilot programs with the technology over the next few years. Wide-scale commercialization is targeted by about 2024, starting with Toyota Group companies.

As part of the rollout, Toyota will provide its patents and engineering support to Mikado.