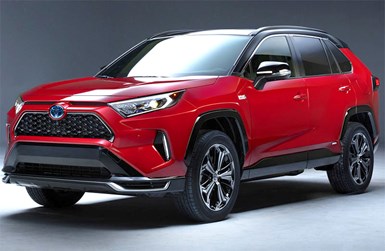 Toyota unveiled the 2021 model RAV4 Prime today at the Los Angeles auto show. The car will debut in Japan and the U.S. next summer and reach European markets a few months later.

The Prime will be able to zip from zero to 60 mph in 5.8 seconds, yet travel 39 miles on battery power alone and deliver the equivalent fuel economy of 90 mpg. The hybrid system mounts its battery under the floor. 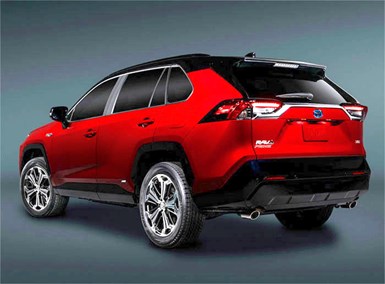