At the CES electronics show in January (when such events were still being held in person), Toyota unveiled plans to build a prototype city of the future to showcase various connected, autonomous, shared, electrified and smart city technologies. 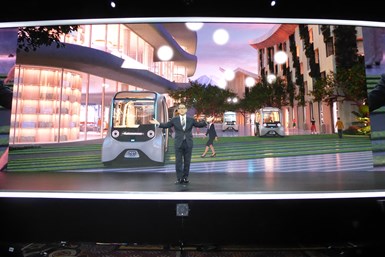 It called the concept “Woven City” to highlight the interconnectedness of the multiple digital platforms and three types of roadways that would be used. (Woven also is a shout-out to Toyota’s origins as a manufacturer of looms.)

But apparently a futuristic city isn’t ambitious enough. Toyota now aims to take to take idea to the next level.

Woven Core is essentially a renamed version of the carmaker’s current Toyota Research Institute – Advanced Development (TRI-AD) arm that was created in 2018. It will continue to oversee the development and commercialization of Toyota’s automated driving systems, including the “Teammate” Level 2 system that will debut later this year in the Lexus LS sedan.

Woven Alpha will focus on connectivity, onboard software and high-definition mapping. Initial products will include Arene, a new open automotive operating system that will enable “programmable cars,” a next-generation automated mapping platform for autonomous vehicles and Woven City.

Toyota says it intentionally left its corporate name off the Woven ventures. The intent is to make them more open and collaborative, according to the carmaker, which aims to market some of the technologies developed by the in-house units to other companies.

Software as a Business

Other automakers and their top suppliers are taking similar approaches. Last summer Volkswagen Group formed an $8 billion subsidiary called Car.Software that is creating a new software operating system to be used across the company’s brands.

All three Woven companies will be based in Tokyo and headed by James Kuffner, who currently leads TRI-AD. Kuffner joined Toyota in 2016 and was appointed to the company’s board of directors in March. 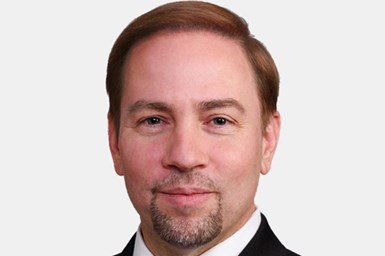 Kuffner, who previously spearheaded Google’s self-driving car program (later spun-off as Waymo), notes that it will take “strong software and hardware working together” to transform Toyota from a traditional carmaker into a new mobility company.

The new Woven companies will be officially launched in January with a combined capitalization of $190 million. TRI-AD currently employs about 600 people. Many more will be needed to populate the new Woven Planet.