Toyota Motor Corp. is introducing an updated version of its advanced driver-assist Safety Sense technology in its 2020 models this year.
#tech #Toyota #Lexus

Toyota Motor Corp. is introducing an updated version of its advanced driver-assist Safety Sense technology in its 2020 models this year. 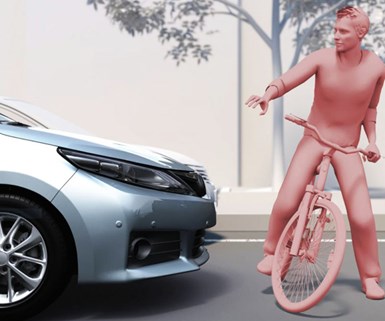 The new features build onto the base system that includes automatic emergency braking (AEB), pre-collision alerts and actuation, lane-departure warning and automatic high beams. The technology was introduced in March 2015 and is now standard on all Toyota and Lexus models in the U.S. Higher-level versions add adaptive cruise control and other features.

Vehicles equipped with TSS are “significantly” less likely to crash into another vehicle or other obstacle than are cars without the technology, says Wayne Powell, vice president of the Electronic Systems Division for the carmaker’s North American operations. He tells attendees at this week’s Center for Automotive Research Management Briefing Seminars in Traverse City, Mich., that Toyota’s safety philosophy boils down to “Don’t hit anything, don’t get hit and don’t run off the road.”

In the first four years of offering Safety Sense, Toyota has installed the package in more than 10 million Toyota and Lexus vehicles worldwide. Powell says Toyota has equipped more than 5 million vehicles with AEB in the U.S. alone.

An even more advanced version of TSS will be launched in select Lexus models next year. Toyota also continues to develop semi- and fully autonomous technologies. But Powell says those systems won’t be commercialized for at least several years.

Powell notes that greater collaboration and industry standards are needed to help speed the effort and ensure next-generation vehicles interact well with other road users—including autonomous models from other carmakers. The first time an autonomous Toyota vehicle meets a similarly equipped car from another nameplate shouldn’t be on a public road, he adds.