Yes, it may part ways with its long-time president and CEO Andy Palmer. But it is probably going to take more than an SUV to keep the lights on.
#AstonMartin #people #Nissan

“The Company confirms that it is reviewing its management team and a further announcement will be made as and when appropriate.”

That was the official word yesterday from Aston Martin Lagonda in response to speculation that Andy Palmer, its president and CEO, was being replaced by Tobias Moers, who presently heads Mercedes-AMG. 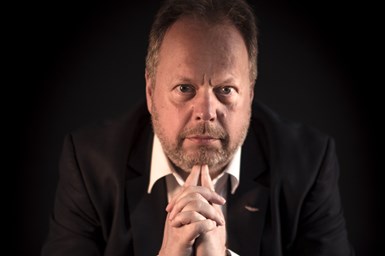 Andy Palmer has headed Aston Martin since October 2014. By the time you read this, he may no longer be heading it. (Images: Aston Martin Lagonda)

Palmer has been with Aston Martin since October 2014.

Prior to that, he had been the co-chief operating officer and chief planning officer at Nissan Motor Co., where he’d been since 1991.

On May 13, Aston Martin Lagonda released its Q1 results.

In announcing the results, Executive Chairman Lawrence Stroll, the Canadian billionaire who infused the company with cash earlier this year to help assure its continued existence, said, “I am extremely pleased that DBX remains on track for deliveries in the summer and has a strong order book behind it extending into 2021.” Aston Martin DBX is supposed to launch this summer.

The DBX is Aston’s SUV, the type of vehicle that is now a must-have among the ultra-lux marques.

Stroll went on to state, “We are focused on building on the Company’s inherent strengths, its Brand, its engineering prowess, and the skills of its people to enable Aston Martin to become one of the pre-eminent luxury car brands in the world.”

Nothing like a bit of positivity when you’ve spent hundreds of millions on a company’s stock.

In order to make a profit on numbers like that, the margins must be exceedingly high, and the demand has to be sufficient to make those margins matter to the bottom line.

Whether Palmer stays or goes, Stroll et. al. have their work cut out for them.