Trump Charges Ahead with Timetable for Mexico Tariff

President Donald Trump reiterates his determination to levy a 5% import tariff on all goods from Mexico beginning June 10, regardless of negotiations to avoid the levy.
#americas 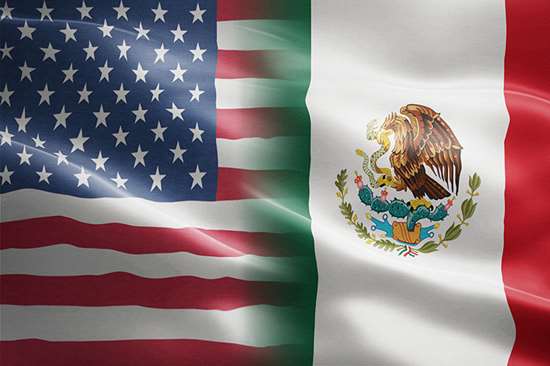 President Donald Trump reiterates his determination to levy a 5% import tariff on all goods from Mexico beginning June 10 regardless of negotiations to avoid the levy.

He proposes to raise the tariff by five points each month the immigration issue remains unresolved to his satisfaction, reaching a possible 25% in October.

Trump considers the tariff as part of his bargaining powers to confront the immigration-based national emergency he declared in February. He also brushes off reports that his own party may mount a Congressional vote to block the levy, calling such a move “foolish.”

Meanwhile, bipartisan opposition to the planned Mexico tariff has been described as “intense” because of the tax’s impact on the U.S. economy. Carmakers, who ship billions of dollars of vehicles and components back and forth across the border each week, warn of immediate and significant economic impact on their operations.

Pro-business lobbying groups are among those declaring strong opposition to the Trump tax. One of them, the conservative Americans for Prosperity, declared today that, “It is time for Congress to reclaim its constitutionally mandated authority to impose tariffs.”

Trump tells reporters in London he expects negotiations to stem the flow of illegal migrants through Mexico will continue next week after his tariff takes effect.