President Donald Trump capped a tumultuous weekend of escalation in the U.S. trade war with China early today by declaring that China has asked to resume talks.
#asia 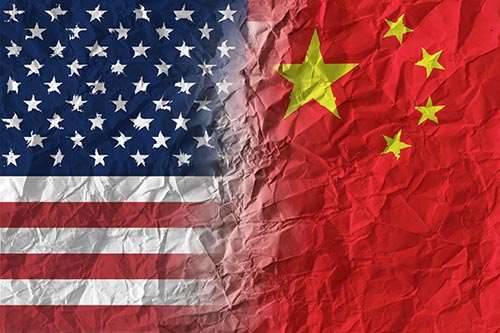 President Donald Trump capped a tumultuous weekend of escalation in the U.S. trade war with China early today by declaring that China has asked to resume talks.

China’s foreign ministry claims to be unaware of any such message. Trump insists “we had calls at the highest levels.”

Over the weekend Trump announced his intent to boost tariffs on $550 billion worth of goods from China by another 5 percentage points, effective Oct. 1.

The move would hike taxes on $250 billion worth of products from China to 30% from the 25% rate imposed in May. He also said tariffs planned for Sept. 1 but then delayed to mid-December on an additional $300 billion in Chinese goods will be 15% instead of the originally announced 10%.

It isn’t clear whether those moves have now been suspended. The new levies were in retaliation for what Trump describes as China’s “politically motivated” announcement on Friday that it will impose tariffs of 5% and 10% on 5,000 U.S. products.

Those taxes, which are scheduled to begin in stages on Sept. 1 and Dec. 15, are a response to the $300 billion in tariffs Trump announced two weeks ago. China also is reinstating a 25% import duty on American-made vehicles.

Separately, Trump’s aides spent much of Sunday adding perspective to the president’s tweet on Friday that he was “hereby ordering” American companies to move their operations out of China.

Trump says he has the power to take such drastic action under the 1977 International Emergency Economic Powers Act. The law enables the president to impose restrictions on international commerce after declaring a national emergency caused by an “unusual and extraordinary threat” to U.S. national security, foreign policy or economic wellbeing.

Trump aides say his “order” to American businesses was meant only to suggest that they strongly consider relocating production and rerouting supply chains.

The president invoked the same law in May when he threatened to impose tariffs on goods from Mexico. That ploy was seen as a lever to force Mexico to adopt more stringent policies related to the refuge crisis at the U.S.-Mexico border.