U.S. threat of 25% tariffs on cars from Europe is back on.
#europe

The U.S. threat of 25% tariffs on cars from Europe is back on.

President Donald Trump revived that likelihood earlier today on the sidelines of the World Economic Forum in Davos, Switzerland.

“If we don’t get something, I’m going to have to take action,” he told CNBC. Trump later clarified to Fox News: “If we can’t make a deal, we’ll have to put 25% tariffs on their cars.”

The U.S. and European Union have been waltzing around a new trade deal for two years. They were still wrangling over the scope of the discussions last spring. 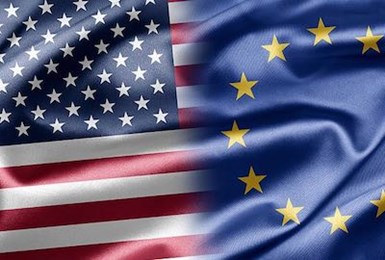 Trump wants Europe to relax its protection against agricultural goods from the U.S., an option France has resisted. He recognizes that hiking the current 2.5% tax charged by the U.S. on imported cars would get the attention of Germany, which happens to be Europe’s largest national economy. After all, the American market is a huge buyer of that country’s luxury cars.

If Trump does make good on his tariff threat, he would justify it on national security grounds. The president used the same argument in 2018 to rationalize U.S. tariffs of 25% on steel and 10% on aluminum, which continue. The White House has refused to show Congress a Commerce Dept. analysis about the risk to national security risk caused by importing cars and auto parts.

The EU says a boost in U.S. auto tariffs would violate World Trade Organization rules. Maybe so, but the WTO is famous for its leisurely decision-making process. And Europe is eager to avoid disrupting its lucrative car exports.

Just in case, the EU has teed up retaliatory tariffs on $39 billion worth of American products if the Trump administration does hike import taxes on cars. But the bloc would rather not go there.

Last summer Sabine Weyland, the EU’s trade chief, described the back-and-forthing between the U.S. and Europe as a “morale-sucking, growth-slowing series of skirmishes” that distracts both markets from addressing “real” trade threats from China.

So where do we go from here? Rearranging the U.S. trade relationship with Europe is proving nearly as difficult as doing the same with China.

Trump’s renewed tariff threat on European cars is a reminder of his determination to shake up the structure of U.S.-EU trade, no matter how long it takes. But still unclear is what the “something” he’s looking as an acceptable solution will look like.