Partsmakers say they are in dire need.

President Donald Trump tells state governors that his administration will be helping the auto industry “at least a little bit” as it grapples with the impact of the coronavirus health threat.

He noted in a conference call with the governors that the industry is dealing with a problem not of its own making and concluded, “So we’ll be taking care of the auto industry.”

Trump was responding yesterday to concerns voiced by Mich. Gov. Gretchen Whitmer about the financial health of some parts suppliers as the virus pandemic idles vehicle production across the U.S. and Europe. 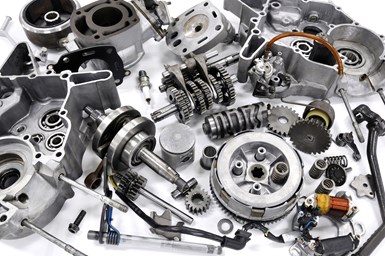 Whitmer was echoing worries by the Motor Equipment Manufacturers Assn. about a looming liquidity crisis facing both large and small vehicle parts makers. MEMA says U.S. vehicle production could plunge by 19% this year.

In a letter to House and Senate leaders, MEMA President Bill Long suggests three steps to “preserve jobs and prevent bankruptcies” within the country’s automotive supply base:

MEMA also has joined other industry groups in urging a delay for the White House’s desire to fully implement the tougher local content standards of the new U.S.-Mexico-Canada Agreement on June 1.

MEMA has been recommending a Jan. 1 launch date for the pact. The deal, which replaces the North American Free Trade Agreement, was finalized only a week ago when Canada ratified it.

USMCA will raise the value of local content to 75% from 62.6% and require that at least 40% of that value be added by workers who are paid at least $15 per hour. But none of the three participating countries has specified just what would satisfy those requirements.

Without the details, the trade group warns, a June 1 enforcement date would be “highly problematic, if not disastrous” to its members.